Artist of the Month January 2011 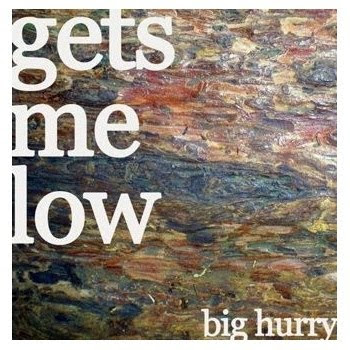 I am going to attempt to begin the new year by hopefully exposing the readers of this blog to new music released within the last 30 or so days that might have slipped under your radar. Yeah, The Decemberists and Iron & Wine came out with their highly anticipated new music but these little artists’ that could deserve as much attention, therefore my new segment…Artist of the Month!

Now, you know I love this band. Even if they weren’t friends of mine, I would still be highlighting this EP just for the fact that it is just so damn good, period. I listened to this relentlessly, almost to the point of getting sick of it…almost. The show they put on the other night was amazing, the best I have ever seen them play and I will have coverage of that soon. In the meantime people, if you haven’t already, get these tunes! The band has grown musically by leaps and bounds and we the listener are all the luckier for it.

One of my favorite bands, The Broken West, broke up. Bandleader Ross Flournoy starts another band and picks up right where the old one left off! I will have more on his band soon.

Imagine if Beck and The Brian Jonestown Massacre had twins and Devendra Banhart raised them? That makes no sense at all. Either should these guys but they are cool as hell. Awesome freak folk from Denton, TX! Check them out.

This is such a weird little band. The music is odd, the running times are even odder. It’s great!

It doesn’t take long to appreciate this Canadian gal’s sound. Like, maybe instantly?

Abigail plays clawhammer banjo. She takes ‘Appalachian folk’ music to the poppy side.

This duo from Texas blend all kinds of genres such as rockabilly, lounge, and folk using lush harmonies.

An L.A. outfit that blends punk and bluegrass…what’s not to like?

Lo-fi electronic rock from out West.