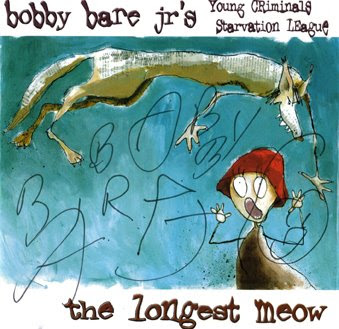 Buckhead Saloon Southside Very odd show. Knowing that Bobby hates the ‘burgh because he can’t draw a doodle let alone a crowd here, I was stunned when Bloodshot Records (THE only place to confirm the show on the entire Internet!) listed a show at the Buckhead Saloon? What/where the hell is the Buckhead? Turns out it’s a meat market bar that booked him through Camel cigarettes to play (read: free band t-shirts/hats/smokes if you scan your drivers licence). He still couldn’t draw more than six people to hear him. And in a moment of utter regret, I lost the setlist to one of the other five people there to see him. If you are reading this, and you know who you are, my offer still stands for that damn setlist! E-mail me gal!

Mr. Small’s Funhouse Millvale I thought I was drunk at The Waco Brothers show? I actually got booted from Smalls during British Sea Power’s set. The Rosebuds were good though.

WYEP Studios Southside The one that got away. My wife and I were soooo looking forward to seeing 13 Most Beautiful…until she gets hammered with pneumonia the night before the show. Bummer. I least I saw this three song set mid-week at WYEP. I can guarantee that I am the only person in the world with an autographed unused ticket to this show. I take that back, I heard that there were plenty of empty seats both nights. ‘To All My Scientist Colleagues I Bid You Farewell’

Garfield Artworks Lawrenceville As a Beastie Boys fan would say, “I F&%*$-in’ shot that!”