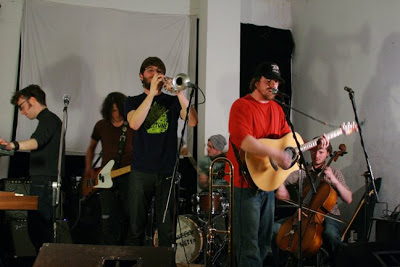 These Boston boys are my favorite ‘new’ band right now. Their debut album was my #1 favorite album of 2007. This is the second time they’ve rolled through town in less than a year and both times they opened with “To All My Scientist Colleagues I Bid You Farewell” at my request. I am hoping this is a start of a Pittsburgh tradition. What a song. I was able to hang out and shoot the breeze with the guys and I wish them all the success in the world, they totally deserve it. As a side note…Hmmpph, hey Elio, where’s my shirt, boyeee?