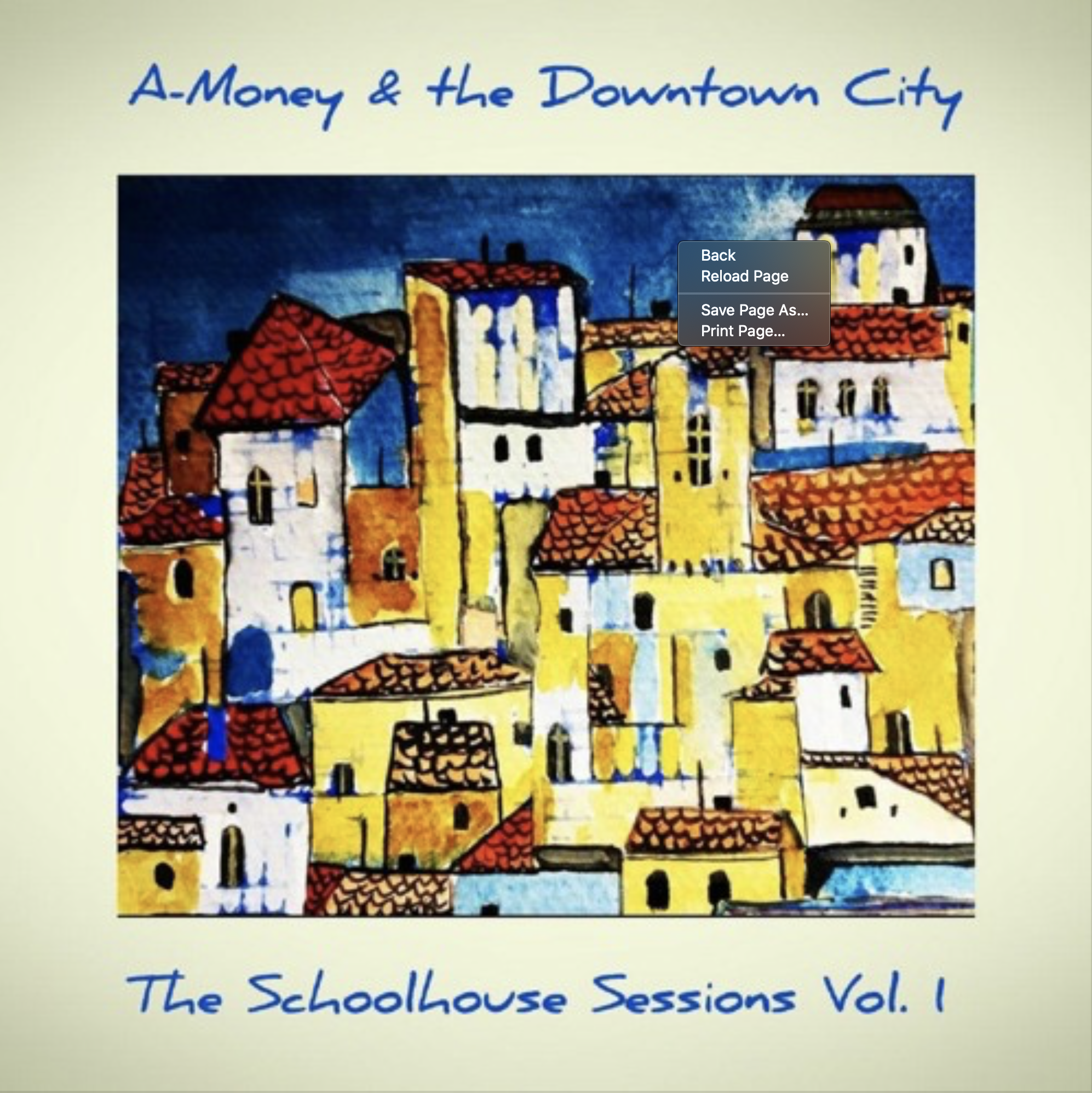 A-Money & the Downtown City is the multi-genre music project of singer-songwriter Adam Merulli incorporating heartfelt lyrics and unique sounds as a band, solo act and spoken word playing shows in the Pittsburgh area. Today sees the premiere of their latest effort The Schoolhouse Sessions Vol.1, the first of a two part release featuring intimate acoustic songs recorded at the Schoolhouse Studio by producer Daniel Blake focusing on lyrical moments and a raw unplugged sound inspired by the likes of songwriters Leonard Cohen, David Bowie and Jackson Browne. I want to thank Adam (Guitar/Vocals0 for taking the time to participate in this edition of First/Last.

Your last album bought?
The Killers – Imploding the Mirage.

Favorite album of all time?
Magic Potion by The Black Keys. I had no idea blues and rock ‘n roll like that could still be made So tough. I’ll just say some favorites. Is This It – The Strokes, Viva La Vida – Coldplay, Blue Train – John Coltrane, Bringing Down the Horse – The Wallflowers, Green Day – Dookie, Beatles – Abbey Road, Revolver, Let it Be…, Ziggy Stardust – David Bowie, Bitches Brew – Miles Davis, Bob Dylan – Time Out of Mind, Low End Theory – A Tribe Called Quest, Blue – Weezer, U2 – All That You Can’t Leave Behind, The Roots – How I Got Over, John Mayer – Continuum.

First concert attended?
U2 at the Civic Arena. I only knew them from “Beautiful Day” and “Sunday Bloody Sunday” at the time. It was impressive. Lights, fireworks, everything. It was around 2000 right around when “Beautiful Day” came out. Very inspiring. A great first concert.

Last concert?
The last live show I saw pre-covid was Joseph Arthur with my good friend Mike Berginc (Reliable Child) and it was great. This guy is amazing, kind of a Lou Reed vibe. He did live painting while he was singing and had a looping pedal with him adding all kinds of cool and sometimes strange layers to the sound. It was a great performance. Very New York.

Favorite concert ever?
A few bests that come to mind… Tom Petty & the Heartbreakers at Starlake, Brett Dennen in Millvale, U2 at Civic Arena, The Wallflowers at Altar Bar, Ben Harper & the Innocent Criminals at The Benedum.

Least favorite concert?
Definitely Bob Dylan. He played at the Peterson Events Center with Elvis Costello and Amos Lee. Sounds amazing right? Nope. Terrible. Everything about it was off. The sound was terrible there at least that night. Amos and Elvis played songs but I could barely hear them from up top. A much smaller venue or theater would have been more suitable. Then Bob Dylan and his band came on and he sounded terrible. It was a nightmare. Couldn’t hear a single word. I get it that he wasn’t known for having a technically “great” voice, but he was mailing it in. Really a letdown. Everything was garbled and mumbled and it was just sad watching someone so inspirational so on auto-pilot not caring.

Favorite thoughts, experiences about Pittsburgh?
Community. People coming together and lifting each other up. It’s strange now since the music scene is almost non-existent. But some amazing things to have existed in Pittsburgh – The Shadow Lounge. Man, so many memories. Everyone was welcome, the vibe was always poppin’, the music was always amazing, the people were real. Mixtape was a really sweet spot, inclusive, unique made everyone feel comfortable and great music as well. Open mics at places like Eclipse in Larryville and The SouthPaw on the Southside and Hambones. These places were community, you felt like family. And generally speaking, besides the architecture and the views, I’d say the good people here, are really, really good people. Even if they move or pursue goals elsewhere that thing stays. That Pittsburgh thing stays within someone. Oh, and the strip district. That’s a special place, too.

Thanks, Adam. Totally weird times right now but I strongly feel that live music and camaraderie will definitely be back. That kind of thing doesn’t go away no matter how long it might be dormant.