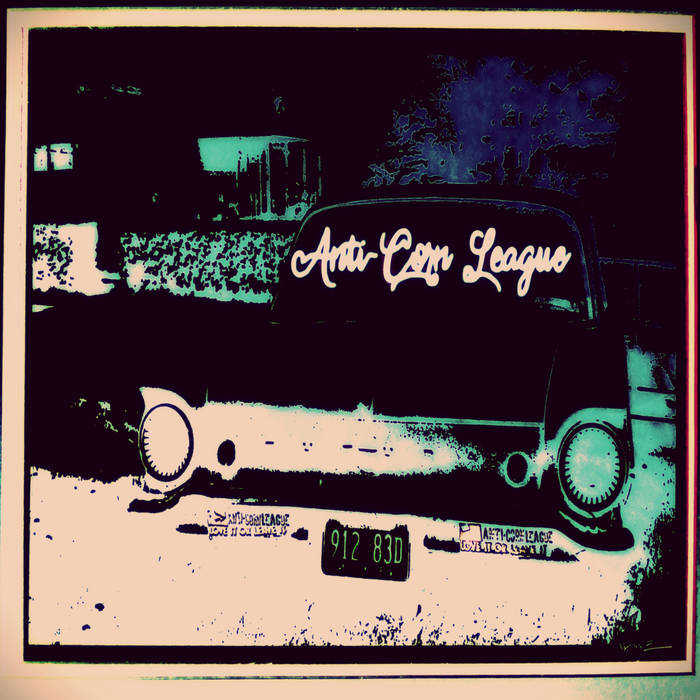 Anti-Corn League is a psychedelic garage duo from Johnstown, PA who formed in 2006 and released their fantastic latest album Love It or Leave It in the summer of 2019. The band has traveled the country in the last 5 years spreading love and searching for fellow weirdos. As they prep new music, I want to thank Nicole Eicher (Bass/Synth/Drums, Vocals) for taking the time to participate in this edition of First/Last.

The first album you ever bought?
‘Space Jam’ Soundtrack from 1996. I was six years old and can still sing the majority of the songs from this album by heart and memory.

Your last album bought?
I’ve been hard into all of the Silver Jews albums, particularly Lookout Mountain, Lookout Sea but I’ve also been getting into Erykah Badu a lot lately, too.

Least favorite/most disappointing album?
Some Neil Young’s stuff. He’s either hit or miss. When he hits, he hits your heart hard, like really hard, but when he misses, he really misses you with that shit.

First concert attended?
80’s hair metal band Jackyl, ha-ha. Instead of my boyfriend at the time in high school and I going to the homecoming dance we went to see Jackyl with his older sister. It was my first concert and it was so loud I couldn’t hear for days. I didn’t even know who they were just that they played a chain saw in one song. Ha-ha.

Favorite concert ever?
I saw Dinosaur Jr. Play outside in midtown Manhattan and it was awesome. They had planes write their latest album name in the clouds.

Least favorite concert?
The Ariel Pink show I saw in Portland because it felt like a waste of my money and no one danced. NO ONE danced.

Favorite thoughts, experiences about Pittsburgh?
All the shows and food I’ve seen or eaten there. It’s a great place to explore through your ears and mouth. The people are always nice too.

Thanks, Nicole. No dancing at an Ariel Pink show is an affront to what everything live music is about. Screw that crowd. When all this craziness is over, come back to play Pittsburgh and I will dance!