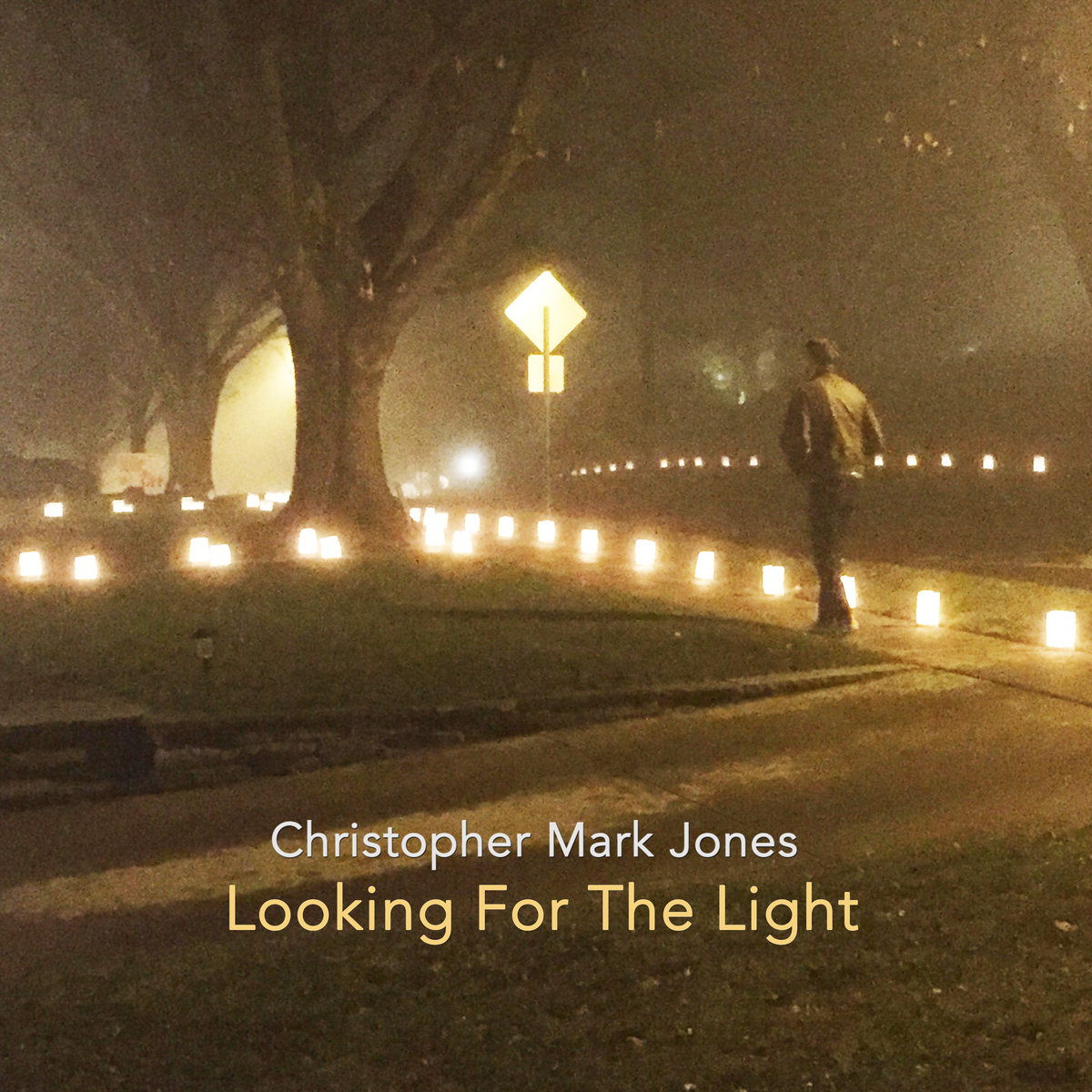 Christopher Mark Jones is a songwriter from Pittsburgh who sings soulful country and blues-inflected Americana narratives in “a rich voice that’s slightly rough around the edges” (Scott Mervis, Pittsburgh Post-Gazette), but still grabs the listener along with his “fascinating lyrics” (Melody Maker, UK) and the “intricate guitar-playing” and “wide-ranging textures and exquisite instrumentation” (Larry Berger, Saturday Light Brigade) of his recordings. Listeners hear echoes of “Greg Brown’s pacing and a Lyle Lovett attitude” (Ben Shannon), as well as of John Prine, Bruce Coburn and Darrell Scott. He recently release this latest album entitled Looking for the Light featuring a who’s who of the local music community backing him up. You can catch a live stream performance at 8pm on Thursday, June 3rd featuring Christopher and instrumentalist extraordinaire Bryce Rabideau on YouTube. I want to thank Christopher for taking the time to participate in this edition of First/Last.

The first album you ever bought?
Sam Cook’s Greatest Hits. All of my earliest purchases were R&B records. The Beatles changed that.

Favorite album of all time?
Somewhere between Are You Experienced (Hendrix) and Sweet Baby James (James Taylor). I saw Hendrix in Central Park on one of his first stateside concerts. When I later listened to the album, my girlfriend and I went out and hugged trees.

Last concert?
I’ll say The Brothers Landreth at the Thunderbird. A really fine band from Winnipeg, with brother Joey one of the best guitarists I’ve heard.

Favorite concert ever?
I loved Henri Salvador at the Place des Arts in Montreal, but I probably have a hundred favorite concerts.

Least favorite concert?
Impossible to know, but I’ll say Cream in the Beloit College field house in Wisconsin. I wasn’t ready for them to play 20 minute songs. Left after the first hour.

Favorite thoughts, experiences about Pittsburgh?
One thing I love about Pittsburgh is the diversity of neighborhoods. Lawrenceville, Squirrel Hill, Troy Hill, Polish Hill, the South Side, the North Side, Oakland, they all have unique characteristics and bring back memories, whether it’s a private event of some kind, a meal, a show, or just a walk. 2021 is, however, the after times, and it’s not easy to see how we’ll be generating those kinds of experiences in the near future. But you’ve gotta believe…

Thanks, Christopher. I have to say, the overwhelming majority of bands I feature here are just starting out in their musical journey. To have an ‘old head’ drop names of artists they have seen live like Hendrix, Cream and Roy Orbison is very, very cool to me. Now, about this tree hugging action…