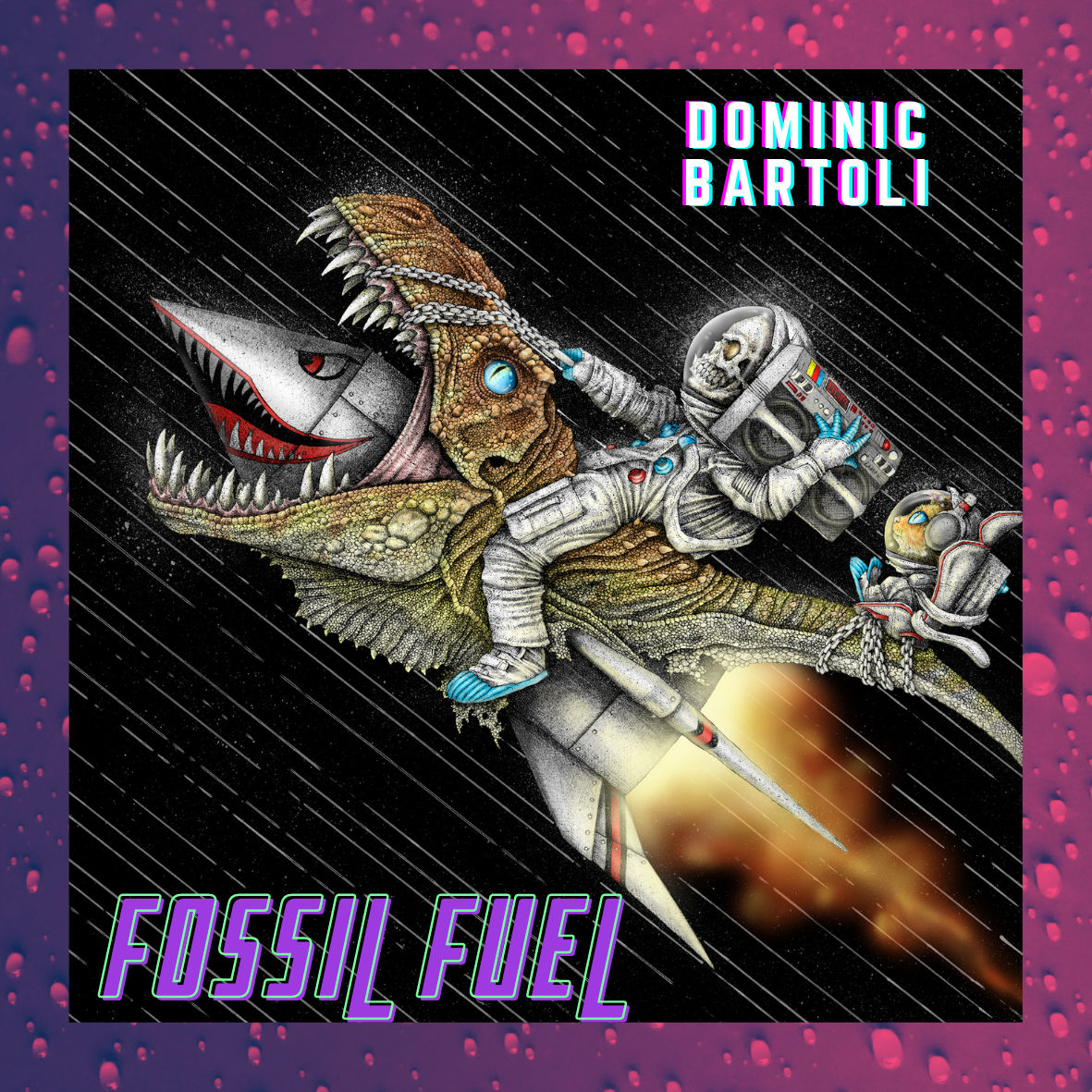 “In the deepest dark, in the blackest sky, at the speed of light do the rules apply?“

Dominic Bartoli is an audio engineer and artist, who has been involved with the Pittsburgh musical landscape for over 20 years. He’s had a busy year, releasing an album of classical lo-fi music under his own name, that has already received more than 9,000 plays on YouTube, featuring sound patches that he designed. Dom is also half of the musical act called Oceans Of Mercury, who released their first album early in 2021 and recently released a music video for the band’s version of the Bob Dylan classic, “When I Paint My Masterpiece,” which was filmed and puppeteered by Dom and band member Tim Nelson. Dom has been in numerous long-standing local bands including local Ska/Rockers The Hang Lows, and is also the Senior Systems Engineer for Carnegie Mellon University and sound designer, making patches for Korg and Elektron synthesizers which he uses in his newest upcoming release Fossil Fuel which is a solo project by Dom Bartoli Music. The full album was released this morning, which also happens to be Dom’s birthday! I want to thank Dom (Multi-Instrumentals/Vocals) for taking the time to participate in this edition of First/Last.

The first album you ever bought?
First CD I remember buying in a store with my own money was Temple of the Dog. Still a great album.

Your last album bought?
Evita, the cast album with Patti LuPone and Mandy Patinkin. I collect recordings of my favorite musicals /cast members. I have a thing for Bernadette Peters as well 🙂

Favorite album of all time?
Bob Marley – Legend. I know greatest hits album, ew… but if I have to pick a favorite it’s gotta be this, because over the years I’ve listened to this more than any other album of any genre. Every song is a masterpiece. The message is so positive, the music vibin’, every musician filling the pocket perfectly.

Least favorite/most disappointing album?
Hard to answer. I remember being a kid and my first album disappointment was the Spin Doctors second album. I was really looking forward to it, and It was a ploppin’ big bummer after Pocket Full of Kryptonite. Also, bands that I loved for their original energy, like the Chili Peppers or Weezer, I haven’t listened to since their first albums.

First concert attended?
Metallica / Guns n Roses / Faith no More. To be fair, I was pretty young. I hitched down and tried to sneak in and ended up listening in the parking lot. First one I got to actually attend was Primus at the Penn State Beaver Dome. (lol… this all dates my old ass.) Primus played so loud that pieces of the stadium ceiling were falling into the pit and they blew out the PA, and just kept playing with stage sound only until the crew got it back up and running. Great memory. Also, the Meat Puppets opened that show and I love them.

Last concert?
I hope it wasn’t my last. I saw Squirrel Nut Zippers right before the pandemic and am itching to return to stage and crowd.

Favorite concert ever?
Snuff at Laga in the late 90’s was amazing. They opened for Less Than Jake and I only remember Snuff destroying that show.

Least favorite concert?
The last two Warped Tours I attended were pretty lame shells of what they once were.

Favorite thoughts, experiences about Pittsburgh?
I love Pittsburgh and its musicians. I hope that the changes brought on by the pandemic will meet with positive responses and change from within the arts. I hope that new greater venues emerge from the ashes of the old. I hope that new owners with better ethics replace the greedy awful promoters of the past. I hope the musicians of the future band together to form a better, stronger, and more supportive community, where they build each other up instead of working against one another.

Thanks, Dom. I hope as much as you do that the pandemic could change behavior and bring us more together as a collective to uplift Pittsburgh music but to be honest, I am not holding out hope that some promotors will suddenly not be greedy and awful. Unfortunately, I have already seen it on a personal level.