First/Last – Doors in the Labyrinth 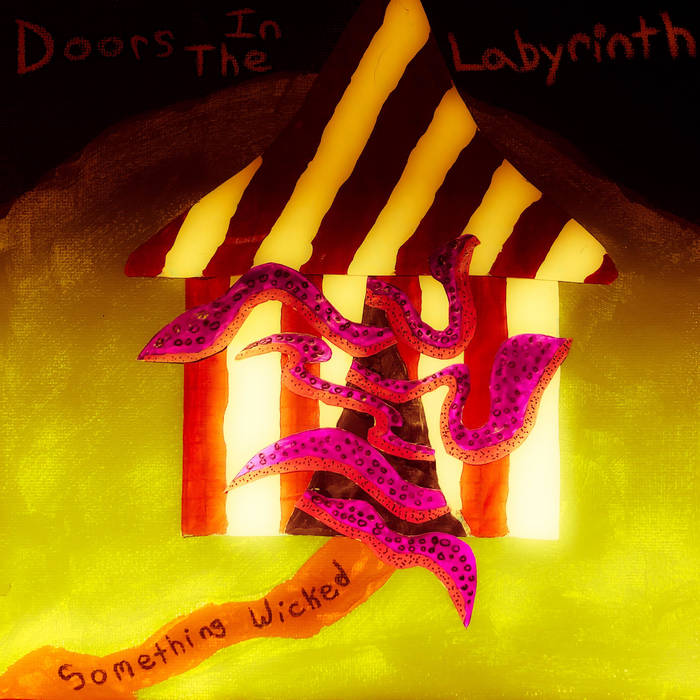 Doors In The Labyrinth is the darkwave electronic project of Pittsburgh based multi-instrumentalist and vocalist Josh Loughrey. Drawing from his diverse background including synthpop, ambient/noise, film scores, traditional folk and more, Doors In The Labyrinth creates dark, often introspective landscapes with rich arrangements and instrumentation, and intense lyrics with a wide range of subjects as evidenced on the song “Something Wicked”, the first single off their upcoming album In the Shadow of the Monolith. I want to thank Josh (Guitars/Synth/Bass/Electronics/Programming/Vocals) for taking the time to participate in this edition of First/Last.

The first album you ever bought?
The soundtrack to “Robin Hood: Prince of Thieves”. I’d like to play it cool and say it wasn’t for the Bryan Adams song, but when I got it, it was the Michael Kamen score that hooked me. The overture is, in my opinion, one of the best pieces of film music written.

Your last album bought?
The new album by locals The Molecule Party. Haven’t really dug into it yet, but they’re good folks and a lot of fun live!

Favorite album of all time?
Boingo (1994). A change and farewell for new wave stalwarts Oingo Boingo, darker and showing Elfman’s orchestral experiences. The funny thing is, I don’t even like every track (if I never heard “Pedestrian Wolves” again…) and as hard as it is to say a favorite of all time, the opening track “Insanity” is easily my favorite song, and so many others are just brilliant (the weaving guitars of “Spider”, the psychedelic madness of “Change”). No album has impacted me as much as that one.

Least favorite/most disappointing album?
Belly’s King, but not because I don’t like it. It’s fine, has some good songs. However, the b-sides of the era are some of my favorite songs, and I can’t help but wonder why that wasn’t the album instead!

First concert attended?
Pink Floyd, Division Bell tour, in Syracuse right before I moved to Pittsburgh. I had seen live music before, but that was the first “real” concert I went to. An experience I’ll never forget.

Last concert?
Wovenhand with OM at Spirit in March, just before the lockdown. Second time seeing Wovenhand, first seeing OM (though I had seen Sleep before). Beautifully intense and overwhelming show, and really impacted the music I’m making now.

Favorite concert ever?
Peter Hook and the Light, performing Joy Division’s Unknown Pleasures and Closer in their entirety. It’s hard to pick a favorite show, just as it’s hard to pick a favorite album, but Closer was a huge influence, and seeing the material performed live, as close as I’ll ever get to seeing the band was a religious experience for me.

Least favorite concert?
My least favorite are the shows that I’ve missed. Sometimes life comes up and you can’t make it. This year I had tickets to several bucket-list level concerts that were cancelled due to Covid-19. So if we have to pick one, I was supposed to see Einstürzende Neubauten on Halloween, and I didn’t.

Favorite thoughts, experiences about Pittsburgh?
I’ve been involved in a lot of different music scenes here in Pittsburgh, and my favorite thing has always been the people. Lots of people trying different things, making all sorts of music, and not afraid to take risks. Most of the people are fantastic, and I’m always excited to hear and share the stage with other bands, and the crowds are always fun to play for. Things are rough right now with venues shutting down, but I know things will come back strong!

Thanks, Josh. I couldn’t agree more with your sentiment about the amazing people that make up the Pittsburgh musical landscape. So supportive, so nice, and so willing to engage and help each other out.

Support Doors in the Labyrinth
#SupportPGHMusic