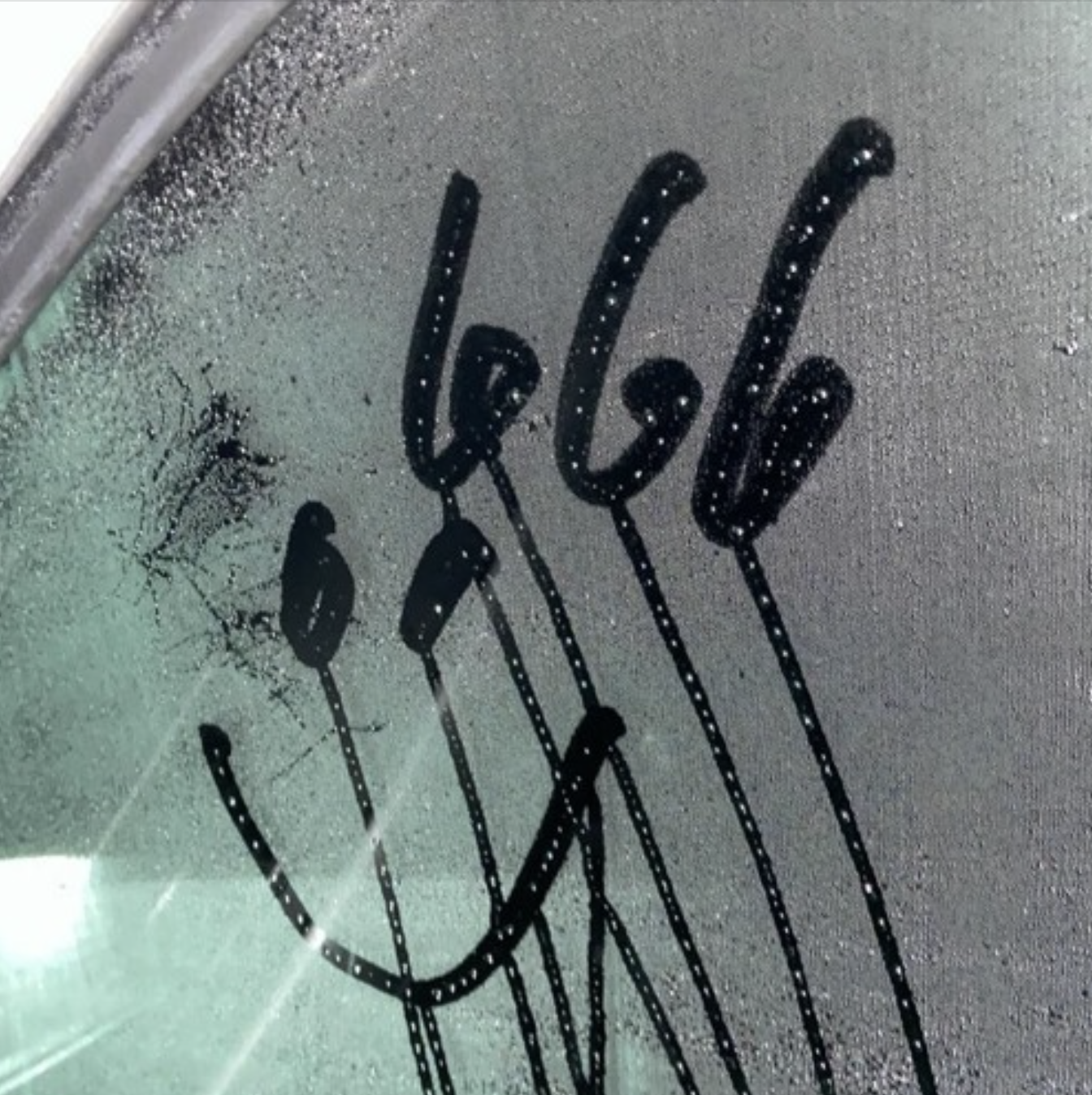 Dumluv is the moniker for Pittsburgh based emo chill dreamwave musician Ryan Hilberg. After the dissolution of his band Rainbow Machine a couple of years ago, Ryan began his solo effort self-releasing EPs, the latest entitled letmeluvu ;( from December of 2020. I want to thank Ryan for taking the time to participate in this edition of First/Last.

The first album you ever bought?
Hot Fuss by The Killers, I remember that was one of the first times I truly felt like an individual. I didn’t feel this way because of the music, but rather from the actual act of making that choice to buy the album. I was only 11 at the time, but I knew that there was so much music out there, and it was so truly exciting to have that first spark of taste that drew me to the album. I loved the music, and I had no idea why. It was mysterious and breathtaking, and I’m taken back to that sensation every time I listen to Hot Fuss.

Your last album bought?
Cure for Pain by Morphine.

Favorite album of all time?
Is This It by The Strokes. This is the one album that I constantly listen to that I am certain I will never get tired of. It is also the only album I can think of that I would give a 10/10. All of the songs on this album portray a different message not just in the lyrics, but in the fluidity and dynamics of the music as well. This album is for every type of mood and tells a story through emotion alone. Casablancas also provides lyrics that almost anyone can empathize with, and only lets his passion out of the box at the exact right moment. While listening to Is This It, I always find it impossible not to sing along.

Least favorite/most disappointing album?
It’s hard for me to think of an album that was the most disappointing to me, because if I was disappointed by something, I pushed it out of my mind. If I had to pick one album I guess it would be Blink-182.

First concert attended?
Simon and Garfunkel at the Mellon Arena in Pittsburgh. I was very young, so I only remember bits and pieces. My love of folk music comes from Simon and Garfunkel, as they were one of the first pieces of music I ever remember listening to.

The first concert I remember attending was Sum 41’s “Does this Look Infected” reunion tour. This was my first punk show and I will never forget that moment when the band came on and the crowd instantly condensed so tightly that I could barely breathe. I was 13 and only 5’5 at the time, and I had never felt more alive. I can’t even describe the aftermath of that show, the smells that rushed into my nose were so putrid and foul, but I loved every second of it. At that age, I had never witnessed a crowd be so influenced by the presence of a band. I had never even seen a group of that many people express themselves in a free and uninhibited way. It was magical, I wish I could go back to that night.

Last concert?
The last show I was at was Can’t Swim at The Smiling Moose.

Favorite concert ever?
Tobacco, Spiritualized, and The Flaming Lips. This concert happened during my freshman year of high school. It was definitely one of the first times I felt like I was a part of something, and not just observing it. My friends and I were stoked for the lineup, this was the first time we had all collectively gone to a show because we all have differing tastes. I will never forget when the Lips closed the show with “Do You Realize”, it was an emotional journey. We were all hugging and crying and belting along the words, we didn’t care how obnoxious it seemed. Then when they left the stage a gigantic LED light display spelled out LOVE on the projector, and it kept flashing until the entire crowd was chanting: “LOVE! LOVE! LOVE!” the Lips then came back out for their encore. I felt like I was in another world.

Least favorite concert?
That’s tough, because I’ve never had a negative experience at a concert. The closest one that comes to mind is probably The Flaming Lips and The Black Keys at Consol Energy Center. I was mostly excited to see the Lips; I was never a big fan of the Black Keys. I guess I was just disappointed that the Flaming Lips’ set wasn’t longer. It was also really lame being in that huge commercialized space, everyone drunk off of 6$ beer. I could sense that the people there didn’t come because they loved music and art and expression. I realized this when literally half the crowd left the stadium after The Black Keys played “Tighten Up”. I wish I was kidding.

Favorite thoughts, experiences about Pittsburgh?
I have lived in Pittsburgh all my life. Even though I’ve only been active in the music scene for a little over four years, I have made many friends and have made substantial progress along the way. I know there is SO much more hidden in the depths of the DIY scene, and I can’t wait to see what else it has to offer. I find myself being surprised by something at every corner. I guess that’s what I love most about the city, is that you really never know what’s going to happen or who you’re going to meet, and each person I meet is more colorful than the last.

Thanks, Ryan. So glad you are continuing making music. Any chance of Rainbow Machine making a comeback? Let me be the first to know if and when…