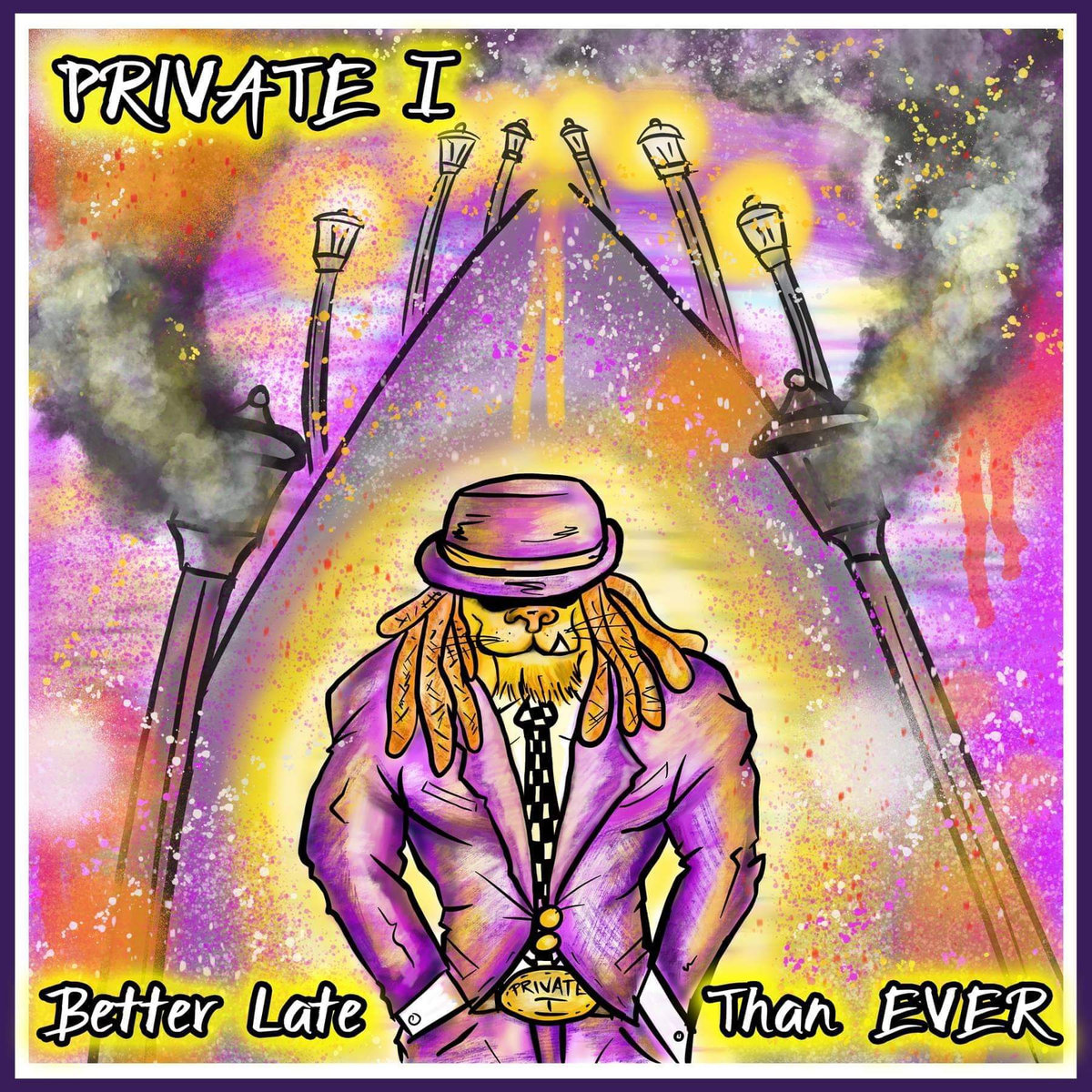 “Uniting and Celebrating Life and Love through Music”

Private I is a reggae/punk band from Somerset who just released their debut full length Better Late Than Never, which seems to be an apt title as their first self-titled EP arrived seven years ago. Catch their next show tomorrow (Sat. 5/18) at 1pm at the Johnstown Flood City Fest. I want to thank Nicholas Hoffman (Guitar/Vocals) for taking the time to participate in this edition of First/Last.

First album you ever bought?
The first CD I ever bought was Nirvana’s Nevermind. The Sony Discman had recently come out and I begged my mom to buy me one for Christmas. And knowing that I was getting the Discman, I wanted to make sure that I had a CD to play as soon as i got it. There just so happened to be a way I could get 10 CDs for a penny, haha, but the only CD I was concerned with getting was that sweet, sweet Nirvana record. That album both changed my life and sent me on the path to becoming the person/musician I am today.

Last album you bought?
The last record I purchased was the Cobra Skulls’ American Rubicon. They were touring with Menzingers when they were still on Red Scare, and we went to see them at a basement show in Philly on what I believe was a Friday night and again two days later in Pittsburgh. It was at one of those two shows that I picked up the record from the merch table. Killer record, front to back! There is a lot of music out there that I would like to get my hands on, but we’ve been so busy working on our new record that I haven’t had the chance to get into much of anything else. Although, we are all super stoked to check out all the bands we will be playing with as we’re out supporting our latest release.

Favorite Album of all time?
There are so many amazing works out there… seriously difficult to narrow it down to one. But speaking in terms of influence, I would have to go with Sublime’s 40oz to Freedom. That record proved that what was going on in my head could be a reality. I love so many different types of music and hearing a record that not only mixed genres across tracks, but even within a single song? Genius! It truly blew me away and continues to even today.

Least favorite / most disappointing album?
The closest I have ever been to disappointment with any album would be the Bloodhound Gang’s Hefty Fine. I wasn’t necessarily disappointed; it just wasn’t what I was expecting. As I grew to appreciate it for all of it’s merit, I personally learned an important lesson about never judging anything based on expectation. I am quite fond of that record now, it seriously cracks me up as much as their other stuff, and i am honestly a bit ashamed of myself for not giving it the chance it deserved in the first place. Live and learn, yes?

First concert attended?
The first show i ever went to see was the Ramones at the I.C. Light Amphitheater in Pittsburgh back in April of ’96. I was fifteen, my girlfriend was eighteen and had a car, so we bought three tickets, grabbed my best friend (it was his first show, too) and headed to the ‘Burgh for a day I will never forget!

Last concert attended?
Punk In Drublic – Camp Anarchy 2018! Our bassist Jim and his awesome girl Val actually took me with them to the P.I.D. show in Pittsburgh two weeks prior to “Camp” and as if that incredible day couldn’t get any better, we scored cheaper tickets for the campout in Thornville, OH. while waiting in line for some grub! So, Jim and Val again scooped me up and we spent that weekend watching bands I believed that I would never get to see live! I will never be able to thank them enough for that once in a lifetime experience!

Favorite concert ever?
I’ve sincerely loved every show that I’ve had the privilege to attend, but one show means more to me than any of the others. In July, 1999, two of my best friends and I got to take my 5yr old little brother and my Mom (whom was sick with MS) to see the Steve Miller Band at the Coca-Cola Star Lake Amphitheater in Burgettstown, PA. Not to say that S.M.B. is at the top of my list of favorite bands, but they were a common interest between my Mother, little Bro, and myself. It was so special to share the experience with them both, especially considering we lost our Mom the following year. It’s an amazing memory we will cherish forever.

Least favorite concert?
I literally cannot say I have ever been to a show that I didn’t enjoy. Every single one has afforded me great fun and memories!

Favorite thoughts, experiences about Pittsburgh?
When I think of Pittsburgh, only one word comes to mind… fun! Every time I go to the ‘Burgh it is to do something cool. Whether it’s been to go to the countless concerts I’ve attended, to take my daughter to the Carnegie Science Center and Museum, or to attend a sporting event, I know that if I’m heading to the city it’s going to be a blast! Pittsburgh is the place to be to have a great time and I get absolutely amped when I know that’s where we are heading!

Thanks, Nick. I happened to be at that Ramones show. The only time I got to see them. So fun!