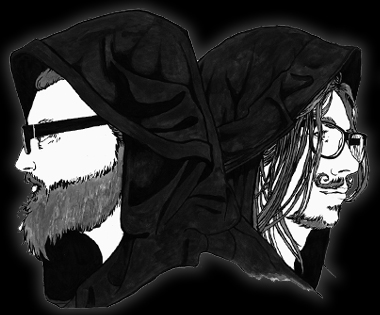 Sarlacc is a grind/doom metal duo from Pittsburgh who incorporate science fiction (particularly Star Wars) into their vibe. As stated in a recent post, “We didn’t turn on Star Wars. Star Wars turned on us.” Aren’t we all kind of feeling that after The Last Jedi? The band plays out in and around Pittsburgh, so keep eye out for the next show as I thank Philip Harrold (Guitar/Vocals – who also happens to be the drummer for fuck yeah, dinosaurs!) for taking the time to participate in this edition of First/Last.

The first album you ever bought?
Toxicity by System of a Down.

Favorite album of all time?
Plastic Surgery Disasters from the Dead Kennedys.

First concert attended?
I was too young to remember my very first concerts, but the first I can remember is Petra.

Last concert?
Last show I went to was at Howlers, Sarlacc opened for But, Pyrite from NY. They were intensely fun!

Favorite concert ever?
Even without Wayne, I had the most fun of my life at the Static X Anniversary show.

Favorite thoughts, experiences about Pittsburgh?
Pittsburgh is great because it isn’t overrun by any one group. Things are so spread out that it keeps the city’s cultural tilt pretty balanced, and I like that. It produces different-flavor options for places to watch or perform music, options that have been very limited until recently.

Thanks, Phil. I don’t think I ever fell asleep during a show. Doing it three times for the same band is actually quite impressive!