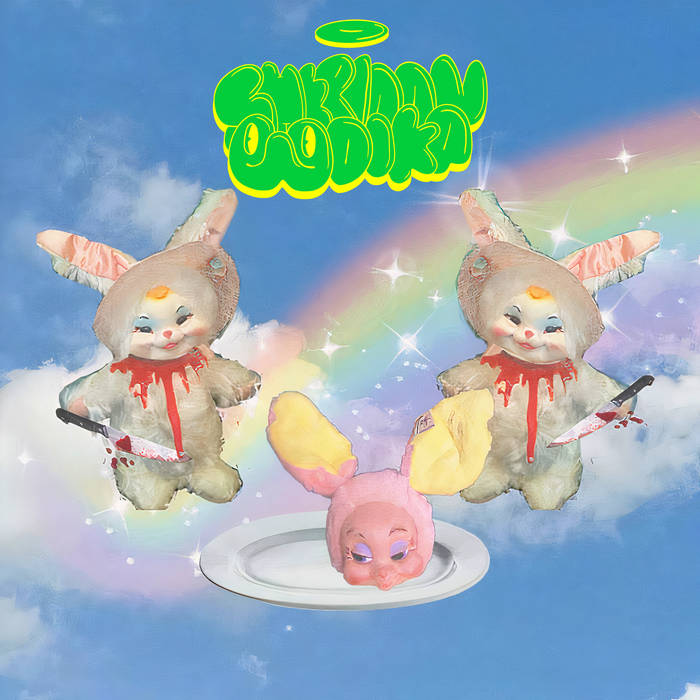 Sheridan Woika is a Pittsburgh based anti-folk singer songwriter (with a cool Elephant 6 vibe a-going) who is a self-described “rough n’ tumble kid from Appalachia just trying to work through my trauma and express myself n’ at” as evidenced via the couple of releases available on bandcamp, the latest being rabbits from August of 2020, with promises of more to come. I want to thank Sheridan (who produces all music and plays nearly all the instruments) for taking the time to participate in this edition of First/Last.

The first album you ever bought?
First album I ever bought was All Eternals Deck by the Mountain Goats. Changed my life. I used to have these wild psychotic episodes where I couldn’t talk and was hallucinating n’ at. I’d put it on to calm me down. I probly listened to it 500 times.

Your last album bought?
I bought an album called San Francisco by American Music Club, super underrated slowcore-kinda thing. Really interesting arrangements and the guy has this super unique singing voice, which that’s really what I go for in music these days, just weird and enigmatic singing voices. Like Björk or something.

Favorite album of all time?
I just can’t pick. Maybe it’s Love It Love It by Nana Grizol on account of all the good memories associated with it.

Least favorite/most disappointing album?
People That Can Eat People by Andrew Jackson Jihad because I was in this sort of abusive relationship with this guy and it was his favorite album, so it always makes me feel like bleeeehhhg…

First concert attended?
Pink Floyd, Division Bell tour, in Syracuse right before I moved to Pittsburgh. I had seen live My first big one was I saw MGMT at a really bad music festival and my one friend kept saying she was gonna storm onto the stage and kill Andrew Van Wyngarden, I don’t remember why?

Last concert?
Well it is quarantine, but I went to like a rave back in… February.

Favorite concert ever?
My friend’s band came from Atlanta to play in my other friend’s basement and only like three people came but we just had a blast anyway.

Least favorite concert?
Hmmm… any concert where it’s just guitar guys singing about their exes or stuff like that.

Favorite thoughts, experiences about Pittsburgh?
I’ve lived here for a couple years now and I really do love it, but it’s got issues. Getting involved with the activist communities here really helped nurture my love for it. It’s got a long history of human rights violations alongside some really beautiful inspirational stories. I’ve traveled all over and Pittsburgh hits different, it really does.

Thanks, Sheridan. I have to say, your album/show picks are taking me back to where I started all this HughShows craziness. Those ‘indie’ bands opened my eyes to a whole new musical world that I never knew existed.