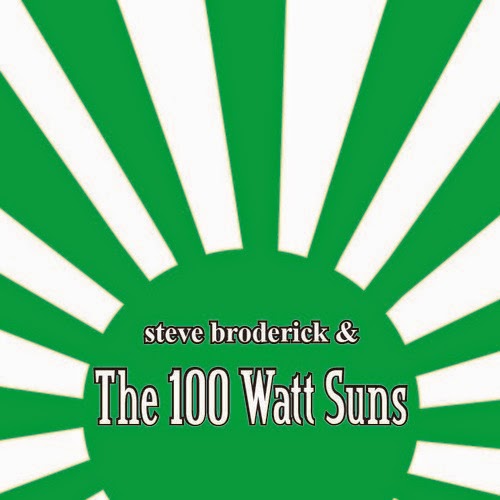 “Listen to this: there’s a new EP by a new New York City band coming straight out of Connecticut. That’s right: Connecticut. The 100 WattSuns, with their singer Steve Broderick who is a seen-it-all Lower-East-Side-after-hours veteran, has traded in the Manhattan apartment for a suburban spread in Mystic, Connecticut. And yeah, maybe any right minded guitar hero would consider that deal some kind of admission that working those Bleeker Street clubs on your way to the Beacon and then one day sitting in with Steven Tyler at the Meadowlands like Steve did back in the day—all that is for a younger crowd, so let me hand over my six-string, the Marshall stack, and the fifth of Jack, along with that iPad with the Garage Band software we downloaded to demo our next ground-breaking track, and you can issue the keys to my brand-new ride-on lawn mower.”

Check out the band at their official Website, Facebook, SoundCloud, YouTube and Twitter. We continue to chillout in Connecticut on the Paste 50 States Project tour with 100 Watt Suns. The band latest is their self-titled debut and I want to thank songwriter Steve Broderick for taking the time to participate in this edition of First/Last.

Thanks, Steve. Can definitely hear the Stones love/influence on your music. Good stuff, man.