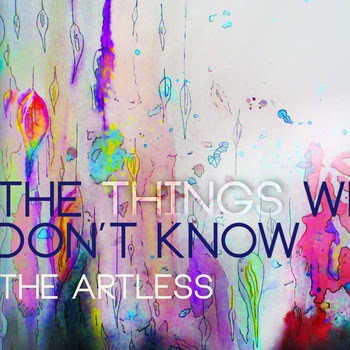 “The Artless is a 4-piece Indie-Rock outfit based out of Pittsburgh. We were formed out of a previous band that all the members were in. We created the new band with a collective agreement to explore new musical ideas, and to also tour and have our music be heard. The Artless formed at the beginning of 2013. We had a set written and played our first show on April 10th at 6119 with a great New York band called Team Spirit. Since then we have played quite a few shows with notable bands such as The Front Bottoms, The Boxer Rebellion, Fossil Collective, and many more.”

Check out the band at Facebook, Twitter, and Tumblr. The band has an EP release show for their debut “The Things We Don’t Know“, tomorrow at Altar Bar as they support Geographer and GRMLN. I want to thank Nick Gee (Guitar/Vocals), Edward Angelo (Drums/Guitar/Vocals) and Alex Medice (Bass) for taking the time to participate in this edition of First/Last.

Thanks, fellas. Looking forward to hearing the EP.