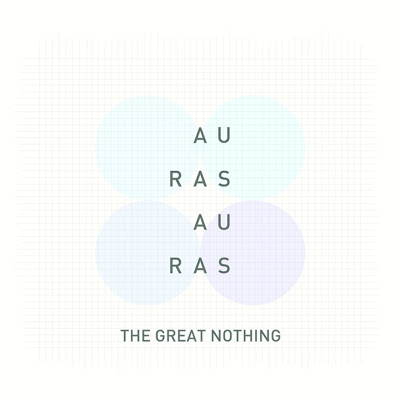 “Tess was the driving force behind deadboy & the Elephantmen (We Are Night Sky). She also was the drummer for Generationals (Trust EP). She also backed Lady Bo of Bo Diddley on drums.”

Check out the band at their official Website, Facebook, Pinterest, SoundCloud and BandCamp. We stop in Louisiana to meet up with Au Ras Au Ras on my journey through the Paste 50 States Project. The band is songwriter Tess Brunet (Guitar/Vocals) who has released a couple of sweet albums under the moniker. I want to thank her for taking the time to participate in this edition of First/Last.

I honestly don’t know the answer to this. I discovered music around 6 or 7. My next to oldest sibling was 16 and she’d go “cruising” with her boyfriends, so I’d sneak her record collection into my room while she was out (which was always.) I’d play her Devo, Prince, & Michael Jackson records on my plastic fisher price record player — the ones with a built in speaker. I’d lock myself in the room and make-up dance routines and sing with a hair brush into the mirror and entertain myself for hours.

I bought the reissue of Chris Bell’s, “I Am The Cosmos” on vinyl a couple weeks ago. Plus I just picked up Dennis Linde’s s/t on vinyl. I only buy music on vinyl, not because I’m a purist, it’s just a preference. But, I have been doing a lot of buying for my record store too (Lagniappe Records,) not sure if that counts.

Can’t say really, I imagine that’s a tough question for any music enthusiast. How can anyone choose such a thing? I’ve gone through many phases and cycles and enjoy a lot of music. Those that stand the test of time, the ones I always go back to are: Nick Lowe, Tom Petty, Tom T Hall, The Kinks, The Meters, Marlena Shaw… My current favorites include, Charles Bradley, Desmond Dekker, Chrissy Zebby Tembo, Dara Puspita, Valerie Simpson, Floating Action, and Dennis Linde. Sorry I couldn’t choose just one artist or album.

I remember hearing Fred Schneider’s (B-52-‘s) solo album some years back, I don’t remember it striking any chords with me (pun intended.) Mostly, I don’t think of disappointing things in general, if it’s disappointing I turn it off and forget about it.

Stone Temple Pilots opened for Pearl Jam at the UNO Lakefront Arena, I had my own car that cost me $200 in the 9th grade, me and my friends smoked a bunch of weed, I crowd surfed for the first time that night.

Thanks, Tess. I realize picking a fav album is very difficult, if not impossible, for most people. That’s what I love about that question (and the rest of them), seeing how people answer is half the fun.