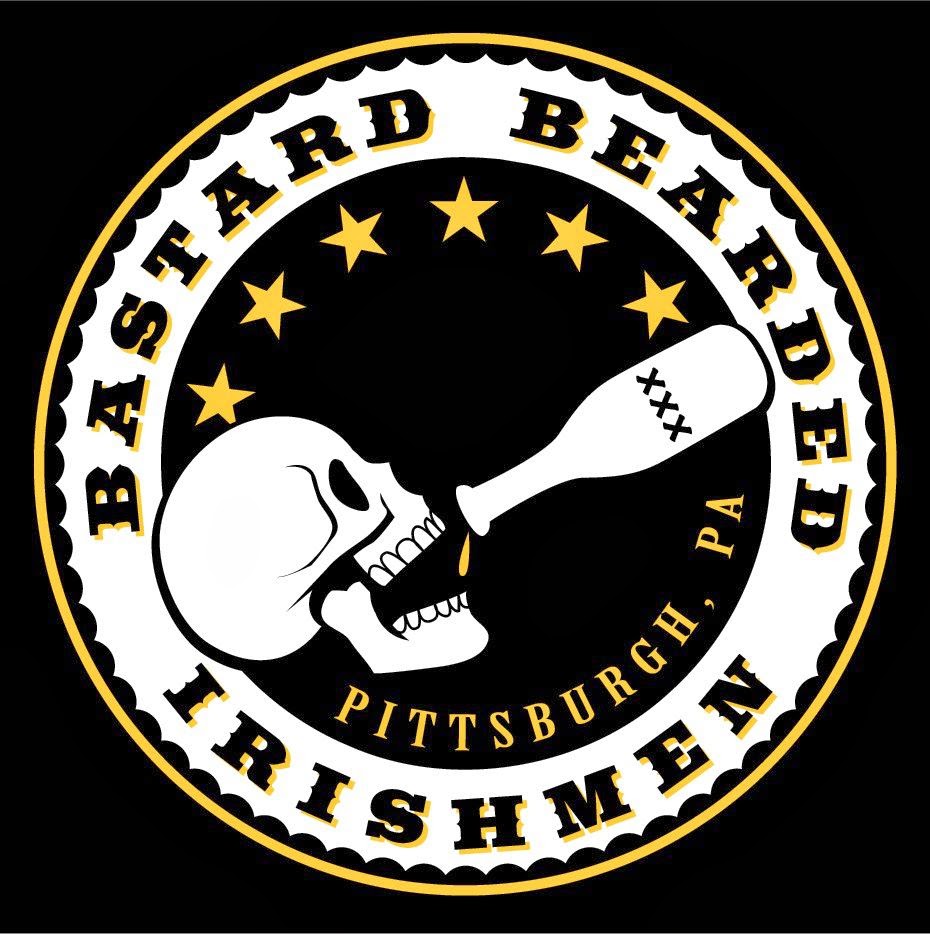 “The Pittsburgh-based Bastard Bearded Irishmen are cutting their own path with an original, ferocious blend of rock, punk, acoustic and traditional, as well as contemporary Celtic sounds. Bastard Bearded Irishmen, or BBI, began playing in October 2008, originally meant to be a short-lived side-project in tribute for a friend. The initial fun and fan reaction kept them going and they have now expanded their resume to include a sponsorship with Jagermeister, an opening slot for the Dropkick Murphy’s “Shamrock N Roll” tour in Pittsburgh (2011), an opening slot for national act, Gogol Bordello (2013), as well as slots on regional festivals such as Erie’s “Roar on the Shore,” Morgantown’s “MountainFest” Johnstown’s “Flood City Music Festival” and Ocean City’s “OC Bike Fest.” (2013) Their formula is simple: upbeat tunes about beer, whiskey, booze and pretty lasses. They’ll play classics like “Black Velvet Band” and “Whiskey in the Jar” with their own style, and rock you with originals like “Mutiny” and “Drinkem’, Drankem’, Drunkem’.”

Check out the band at their official Website, Facebook, ReverbNation and Twitter. It’s St. Paddy’s Day Pittsburgh… get loaded and see these guys in their element at the Rex Theater or go home. What do I know about Irish? My middle name is Duffy… beat that, then kiss me. Thanks to these awesome Bastards for First/Lastin’!