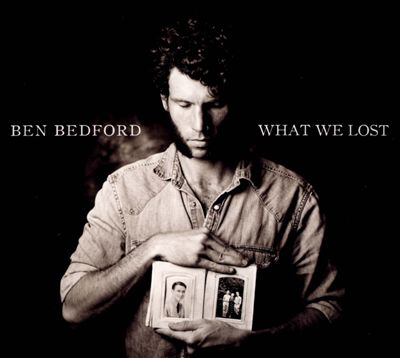 “Ben Bedford delivers intriguing sketches of America, its individuals, their victories and their struggles. Poignant, but never sentimental, Bedford’s portrait-like songs capture the vitality of his characters and draw the listener deep into the narratives. With three albums to his credit, Bedford’s songs tackle scenarios including homelessness, the plight of a Confederate soldier’s wife during the American Civil War, the aerial triumphs of Amelia Earhart, the life of Jack London, the murder of Emmett Till in 1955, John the Baptist, the poet Vachel Lindsay and even the 1973 standoff between members of The American Indian Movement and federal agents on the Pine Ridge Reservation. Often drawing upon history, Bedford’s songs have a strong sense of time and place. The songs are rich in sensory detail which allows the listener to hear, see and feel each narrative.”

Ben Bedford is an Americana singer-songwriter from Springfield, IL who returns to Pittsburgh to not make an offer on a house again, but to perform the inaugural edition of brand new songwriter concert series entitled BurghSong. Pairing a national artist with a local, Ben performs with Tom Breiding on Saturday (9/19) at Sunburst School of Music in Squirrel Hill. I want to thank Ben for taking the time to participate in this edition of First/Last.

The first album I ever bought with my own money was “Magical Mystery Tour” by The Beatles.

I don’t think I could pick an all-time favorite album but “Vuelta” by Richard Shindell, “1000 Kisses” by Patty Griffin, “The Late Great Townes Van Zandt” by Townes Van Zandt, “The Dark” by Guy Clark, “Solo Monk” by Thelonious Monk, “Pour Down Like Silver” by Richard and Linda Thompson, “The Point” by Harry Nilsson, “The Kick Inside” by Kate Bush, “B.B. King in London” by B.B. King, the recording of Leonard Bernstein narrating “Peter and the Wolf”, and “Abbey Road” by The Beatles would all be up there. I could probably name another twenty albums given the space and time.

I don’t have a least favorite album. I guess if something doesn’t resonate with me, I just forget about it.

I can’t remember for sure, but I think my first “real” concert was Don Williams.

I can’t really think of a concert that I specifically went to that was disappointing.

In 2010, my wife and I made an offer on the house we now live in from Pittsburgh. It is a long story, but I guess you could say we “called in” the offer. My parents stood in for us until we could get back home from our tour. Thus, I have pretty fond associations with Pittsburgh. Plus, the few times that I have been here, it seems like a really cool city.

Thanks, Ben. That is one unique Pittsburgh memory for sure. Now don’t go getting the urge to repeat it while you are here this weekend.