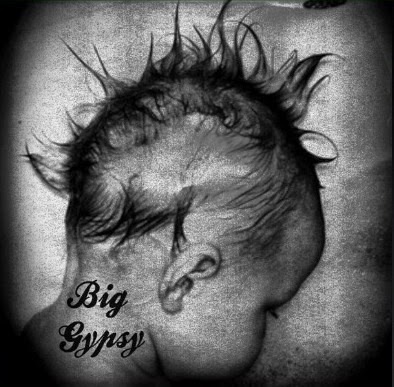 Big Gypsy is a Pittsburgh ‘stompin’ blues-rock’ band. I am honored to have them help me celebrate ten years of HughShows today and want to thank Jess ‘Baretta’ Winghart (Lead Vocals) for taking the time to participate in this edition of First/Last.

As a little girl, Celia Cruz. Miami at a huge street festival called Calle Ocho. Pretty sure Menudo was there too… lol. Appropriate though since I’ve chosen to use the same medium in bringing people together through the Deutschtown Music Festival.

Clairy Brown and the Bangin’ Rackettes. Most fun stage show I’ve seen. Girl has an amazing voice from Australia.

Soooo tough… Beck, 2004 at Bonnaroo? Beats Antique in Pittsburgh was so good too.

Don’t really have one. I’m in love with live music.

This year will forever go down in history for me. It was my second year in organizing the Deutschtown Music Festival. This year I saw how thousands of people could unite over one idea to bring Pittsburgh together through a stronger music community. The cooperation and appreciation from every single person I came across that day spoke volumes as to the way we want to be treated as people. Everyone was having such a genuine experience that they wanted to give back what we had given to them, which was simply a beautiful environment for all to enjoy.

Thanks, Jess. Huge kudos to you and everyone involved in the DMF. Something you should really be proud of. I can’t wait to help out next year!