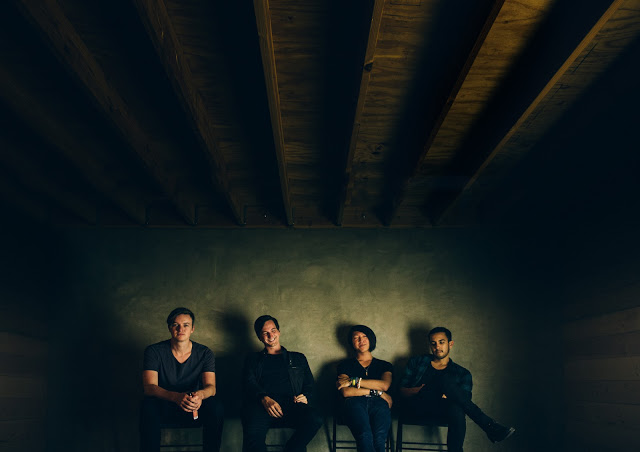 “In the span of less than a year, Boroughs have become one of Southern California’s most exciting and sought after Americana roots musical collectives. The four-piece blends elements of country rock, gritty folk and soulful Americana reminiscent of the likes of early Neil Young, Ryan Adams, and Wilco. Charismatic singer-songwriter Kyle Neal poignantly sings stories of heartbreak, confusion, and love while guitarist JD Carrera adds an atmospheric back country feel to the record. Bassist Derrick Wong and drummer Tyler Johnson round out the four-piece with one of the most methodical rhythm sections in Americana music today.”

Boroughs is an Americana/alt-country band from L.A. who’s latest single, “Alive” is from their upcoming debut self-titled EP. This is one of those ‘you’ve heard them here first’ bands that will hopefully make a trip to Pittsburgh soon. I want to thank main songwriter Kyle Neal (Guitar/Vocals) for taking the time to participate in this edition of First/Last.

The first album I remember buying with my own money was “Love is Hell” by Ryan Adams. I’m pretty sure the first album that someone gave to me was a cassette of “Jesus Freak” by DC Talk.

The last album I bought was me finally getting around to buying “Yankee Hotel Foxtrot” by Wilco on vinyl. I’ve owned that record digitally for a long time but I wanted to feel the analog vibes 🙂

Oof. That’s a big question. I’d have to say “Full Moon Fever” by Tom Petty. I don’t think I’ve ever not been in the mood for that record.

“Kidz Bop 2”. They had such a solid start with the first one but they hit a hard sophomore slump.

My mom took me to see Third Day and the Newsboys on the “Step on Up to the Microphone” Tour. I’m fairly certain that was in 1998.

I just saw a newer band called Swimm play in LA on Saturday. They were killer.

I got to see Tom Petty on his run of shows at the Fonda here in LA. It’s a relatively small theater and he did 5 nights in a row playing mostly deep cuts. It was probably the best night of music I have ever experienced.

I once had to sit through a bunch of drunk party bros playing ‘Wonderwall’ until one of the girls at the party would make out with them as a way to make them stop. Would that count? For the record, I do love the song ‘Wonderwall’.

I have only been to Pittsburgh once when I was playing with a different band back in 2010. If memory serves I got drunk with some really nice people so I’ve got nothing but good things to say so far. If all goes according to play we’ll be out there to have some more fun soon.

Thanks, Kyle. Looking forward to the EP and hopefully a Pittsburgh stop. And when you do get here, I’ll have to school you on the hidden merits and the genius of “Kids Bop 2”!