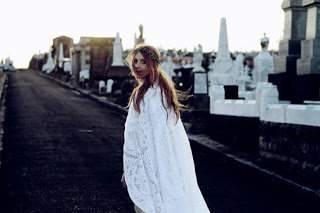 Image courtesy Facebook Last year I went ‘ga-ga’ over the ultimately final release from the Australian band, The Middle East. Since disbanding, the various members are slowly reemerging with other projects and in an ongoing attempt to bring these endeavors to you, I am beginning today with the sole female of collective, Bree Tranter. She put out a single entitled ‘Winter’ late last year and just this month dropped the video for it. If you like your folk delicate and spare as I do, you will be down for Bree’s music. She was nice enough to take a few minutes to participate in this edition of First/Last.

Thank you Bree. Looking forward to more music soon and maybe if you don’t get too homesick, another Pittsburgh visit.