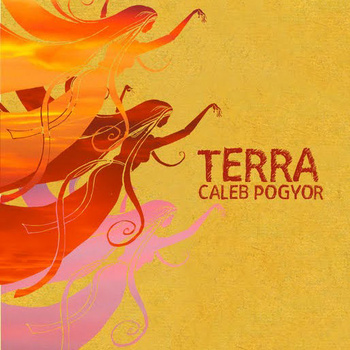 “To whom it may concern: I was under the impression that the world would have ceased to exist by this date. Gosh! Now that I can see it is still here, it is incumbent on me to write you concerning my interest in having you listen to Caleb Pogyor—particularly his forthcoming release, Terra. I first learned about the opening in your music collection from a friend who is well acquainted with your iTunes library. Let’s not name names, here. What is more important is that I have 25 years’ experience in suggesting music to people with aural capacities.

Terra, is a seven-track LP that is characterized by a quiet longing for the ground under our feet. What comes out of that longing is a different story. The album is a layered cake of sound—lush, ethereal vocals spread over songs that oscillate between a jazzy pensiveness and a grungy, reckless abandon. Terra follows Pogyor’s 2010 debut I’m Talking to You.

While the latter was rife with tunes that grew out of a singer-songwriter, man-and-his-guitar kind of aesthetic, Terra moves away from that mode of composition and toward a more decentered experience. Airy, schizoid vocals push and pull against the dynamism of a rhythm section that drives the songs through a broad spectrum of emotions, never taking its eye off the pendulum Pogyor so wants to forget. Sincerely, Ghostwriter”

You can check out Caleb on Facebook, MySpace, Twitter and his latest album “Terra” is released today for a free download on BandCamp. My thanks to the Denver from Pittsburgh transplant for taking the time to participate in this edition of First/Last.