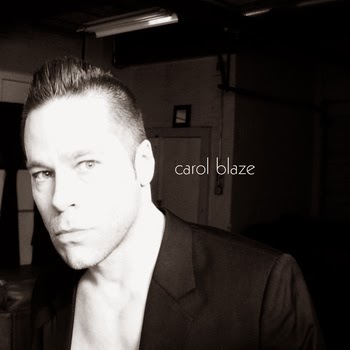 carol blaze is Pittsburgh ‘dream-pop shoegazer’ A.T. Vish. I am honored to have him help me celebrate ten years of HughShows today and thank him for taking the time to participate in this edition of First/Last.

“Love” by The Cult, “The Unforgettable Fire” by U2, “So” by Peter Gabriel, or “Elesgiem” by Lowsunday.

I don’t own any albums that I don’t like.

Alabama (you’ll be happy to know the second was U2’s ‘The Unforgettable Fire’ tour, both at Civic Arena).

Maybe Coldpay in Harrisburg, The Cult at Syria Mosque, Jane’s Addiction at Cleveland Lollapalooza, or Lowsunday at Virgin Records Megastore, NY or the last performance of the Pittsburgh production of ‘Hedwig and the Angry Inch’.

Maybe the last time i saw the Cult, a year ago?? Billy Duffy is a God, Ian Astbury needs to remember what being a rockstar entails and stop being so lazy. Basically, they are a REALLY, REALLY good Cult cover band now.

I should have gotten some balls and moved to a place where the music industry operates when I was 22.

Thanks, V.I really do appreciate you and your music and have to let you know that others do as well. I believe this ‘scene’ is what you make of it.