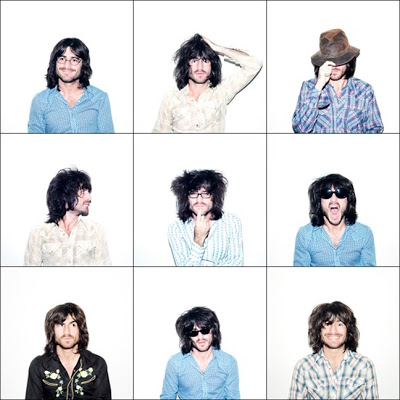 UPDATE: His show at Garfield Artworks has unfortunately been cancelled. He is also not going to be playing the Tally Hall gig either. Hopefully, a fall date in Pittsburgh will be announced.

Hailing from New York, Casey Shea has the unique distinction to be the only musician that has ever been streamed from my MySpace page. Back in 2006, before the sites demise(?), I stumbled upon this little song that has rocked my world ever since. Lartigue, the lead track off his debut Take The Bite, is one of those tunes that for some reason or another, has embedded itself into my musical DNA. He has since released another album, 2010’s Love Is Here To Stay and is working on releasing new music by the end of the year.

I never had the chance to see Casey play before and I am gassed that he is coming to Pittsburgh this weekend for a show. As a bonus, he is scheduled to open the Tally Hall/April Smith gig at Smalls next month on the 20th. Casey was nice enough to take a few minutes and participate in this edition of First/Last Fridays.

I got most of my albums when I was young from my older sister, so I never really went out shopping for much. I just sifted through her collection for most everything. I’m not sure which came first, “Please Hammer Don’t Hurt ‘Em,” or the Vanilla Ice album, but I recall going out with my mom and buying those. I think they were probably the first that were ever purchased that was not part of my sister’s existing collection.

So many albums I’ve acquired in the past 5-10 years have been given to me or downloaded illegally. I think the last thing I actually purchased online was the last The Killers album “Day and Age.” It was on sale for $3.99 which I think is a fair price for an album of mp3s. I think it’s a good album too!

On a side note, I buy a lot of old albums on vinyl. There’s a great store a few blocks away that sells stuff for $1-3. And then just stuff off the street for around the same price. I think the last trip I picked up U2’s “The Joshua Tree,” The Who’s “Quadrophenia,” and “Fear” by John Cale all for under $10. Now that’s a deal.

This is a tough one. It has to be a toss up between Dark Side Of The Moon, Abbey Road, or Revolver all for different reasons. There’s really no way for me to pick one of these over the others. I think as a cohesive piece of art, Dark Side will never be outdone. Revolver is just a collection of some of the greatest songwriting EVER. And Abbey Road is sort of a mix of those two.

Hmmm, there are really so many. I mean some of my favorite bands/songwriters in the world have some really horrendous albums. But generally that is listening to albums that came out before I was born. As for albums that came out while I was alive and while I was really into a particular artist. Dave Matthews’ “Everyday” comes to mind. And I know everyone thinks it’s a masterpiece, but I think Kid A sucks.

When I was about 8 years old, Jimmy Buffet was playing at some sort of dinner event my parents were attending. After the first song or two, I crawled under the table and went to sleep for the rest of it. I think the first concert I went to where I stayed awake the whole time was New Kids On The Block. Oh well…..

Aside from seeing local bands here in New York, the last concert I went to was Prince at The Meadowlands. Words can not describe how amazing he is.

The concert that really changed my life was Paul McCartney at The Superdome in New Orleans. I was 12 and didn’t know too much about The Beatles. After that, it was sort of like the point in The Wizard Of Oz when everything turns to color. I literally listened to nothing else for about 5 years.

As an adult, two stick out in my mind. First is Phish at Big Cypress….the big millennium show. It was a big festival that lasted three days on an Indian Reservation in South Florida…something like 85,000 people there. The final set, they played from midnight to sunrise. It was an incredible way to bring in the year 2000.

On a more intimate note is Ryan Adams at Bowery Ballroom. It was some sort of last minute show, and I got up in about the 2nd row. It was just really cool to get up close to one of my favorite modern day songwriters at my favorite venue in NYC.

Aside from every concert I play….I guess I’d have to say The Sleepy Jackson at Bowery Ballroom. Kills me to say it, cause they are one of my favorite bands ever. But I think it was an off night, and it just wasn’t as good as I’d hoped it would be.

I played in Pittsburgh filling in with Tally Hall last Spring at Mr. Smalls. Definitely one of my favorite venues I’ve ever had the pleasure of playing. Just a beautiful place, and the people were really nice and accommodating! Other than that…GO STEELERS!!

Thanks a lot Casey. Seriously looking forward to finally meeting you buddy!