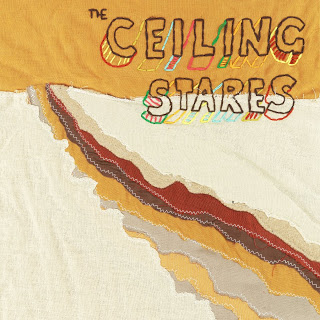 “The Ceiling Stares, Pittsburgh’s newest underground rock heroes, embrace the lo-fi movement in the correct manner. Less-than-polished, analog-sounding recording techniques shouldn’t be used to mask the deficiencies of the band that utilizes them, nor should they be employed because the current wave of indie music trends indicate lo-fi’s (supposed) importance.”- Patrick Bowman

You can check out The Ceiling Stares on Facebook, Soundcloud, and Bandcamp. The band plays Gooski’s on Saturday and I want to thank Stephen Patchan (Guitar) for taking the time to participate in this edition of First/Last.

“Crazy From the Heat”, Diamond David Lee Roth. I bought it not for myself, but for a friend’s 9th birthday. Well, actually, I got my mom to buy it. Nevertheless, I hated DDLR. I was distinctly anti-DDLR because I supported VH (although DDLR’s videos were pretty stellar). With maturity and wisdom through the passage of time, I’ve since come to a point in my life where I greatly appreciate solo DDLR (the English versions). Not to mention, a band with Vai and Sheehan….Gadzooks!

“Eat ‘Em and Smile”, Diamond David Lee Roth. As a 12 year old, I believed everything Eddie Van Halen said. If EVH said that DDLR was the devil, then, well, so it goes. I was a Sammy Hagar fan. Over the years, EVH’s influence over me has waned. His threat of kicking DDLR in the groin (“better wear a cup”) illustrated a weakness in the EVH armor. I’m now at the point of YouTubing ‘Yankee Rose’ 2x’s more than ‘Right Now’. What more can I say?

This is a tie between the Professional Nouns’ debut, “Deep Pain”, and their sophomore joint, “Deep Spain”. Psychedelic jams including ‘Driving to the Sun’ and ‘Sneaky Librarian’ are perfect to spark one to.

“Sonrisa Salvaje”, David Lee Roth. This is the spanish version of “Eat ‘Em and Smile”. It’s entirely in Spanish. I don’t speak or hear Spanish. I can’t understand a word Dave’s saying.

The first one I technically attended: Dionne Warwick at the Point (maybe 1979?). The first one I paid with my own hard-earned money: Dig, 1994 at Graffiti. I succumbed to the buzz bin. ‘Why don’t you believe?’ This album actually still holds up for me.

Neil Young and Crazy Horse. No one hits the high peaks and low valleys like Neil. Only Neil can make me rock to ‘LIke a Hurricane’ and wince with pain at ‘Born in Ontario’.

Will Oldham, York, PA. in 2011. The reason why it was my favorite was how Will dressed (while performing a song with the opener). He looked like a modern day Dennis Connor captaining ‘Stars and Stripes’ ‘87. He looked normal. It was great.

I saw Peter Frampton in Visalia, CA. He covered ‘Black Hole Sun’ and used the vocoder throughout the entire song. This was the highlight.

Our city is pretty safe from natural catastrophe. Aside from the occasional tornado, we avoid most of Mother Nature’s wrath. Our property values are set to soar once the sea waters flood the coastal cities, Earthquakes flatten CA, an volcanoes blast the northwest.

Thanks, Stephen. Nothing like looking ahead and being positive, huh? At least you think our property values will go up!