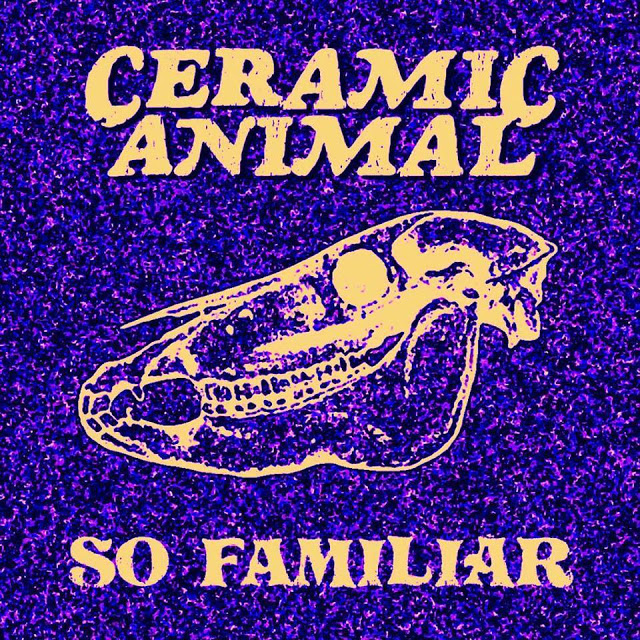 Ceramic Animal has a knack for contouring impressionistic euphonies from a dusting of recognizable times and sounds. ‘So Familiar’ feels that same way, but unlike the retro-fit-psych-pop-dad-rock vibes of ‘The Cart’, the specific influences driving this new single are a bit tougher to pin down. The band seems to recognize this, spelling it out for the listener with pomp and panache so obtuse it’s right in the song’s title (and told to you over and over again each chorus)–what you are listening to is ‘So Familiar’. Even so, the influences are not overt. Ceramic Animal again manages to make something ‘So Familiar’ something all its own.”

Ceramic Animal is an indie-psyck rock band from Philadelphia who just released the first single entitled “So Familiar” from their upcoming sophomore album due this Spring. They make their Pittsburgh debut this Wednesday night (2/28) at The Funhouse at Mr. Smalls with support from locals Zeve and The Bird Hour. I want to thank Warren Regan (Guitar/Vocals) for taking the time to participate in this edition of First/Last.

Pittsburgh is a wicked underrated city. I have a few friends out here so I have visited a couple times but it’s always been a blast. I am mostly familiar with Oakland and Southside.

Thanks, Warren. That Zep DVD is still a benchmark of how to put out a live music video, IMO. In fact, it is the highest selling music video of all-time and rightly so. I re-watch that thing to this day. Some incredible stuff.