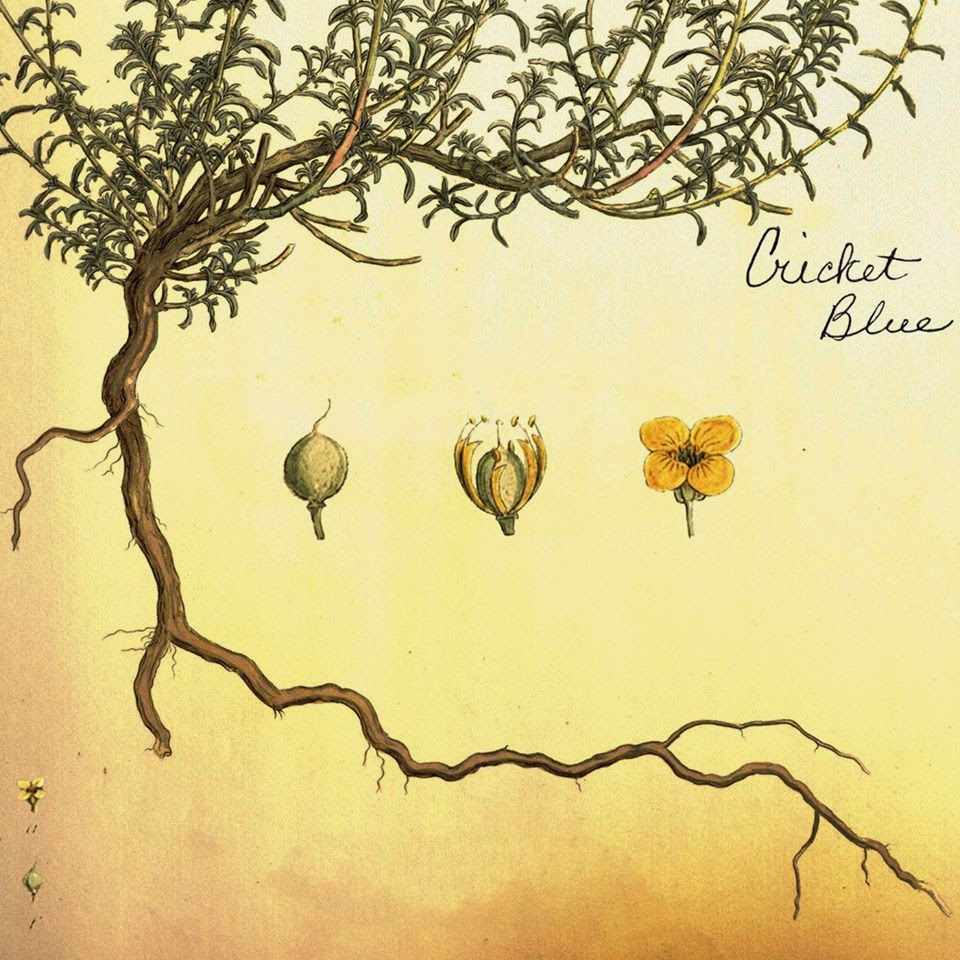 Cricket Blue is a folk duo from Burlington, VT. They have a beautiful self-titled EP out and I want to thank Laura Heaberlin (Guitar/Vocals) and Taylor Smith (Guitar/Vocals) for taking the time to participate in this edition of First/Last.

Laura Heaberlin: Well, gosh, that would have to be “FanMail” by TLC. In terms of the first album I really bonded with, I had this tape by The Bangles that I did a lot of lip-syncing to alone in my room when I was five.

Taylor Smith: My parents are musicians and have great taste so I mostly listened to their music until pretty late in life. When I got a computer of my own in high school and started exploring iTunes, that was when I started finding new things for myself. And I think my first iTunes download was “Illinois” by Sufjan Stevens because my much more musically hip friends were all into it.

Laura: A couple days ago I finally received a much-anticipated Christmas present, “Ionia” by Lindsay Lou and the Flatbellys. Our friends Jeff and Sue went out to Michigan to record and film the whole album – it’s fun and beautiful!

Taylor: So, wow: “Carrie & Lowell” by Sufjan Stevens is actually my most recently bought album. My life isn’t as Sufjan-centric as this interview is making it seem.

Taylor: “In the Aeroplane over the Sea” by Neutral Milk Hotel.

Taylor: For disappointment: I remember being really super over-hyped for Arcade Fire’s “The Suburbs” because I’d adored their first two; then the record came out and I liked a couple tracks, but mostly it just didn’t click. I remember saying “This doesn’t sound like anything.” I guess they went in a more vibe-y, beat-oriented direction and I missed the hooks. I’ve revisited it since and have more appreciation for it now. I think it’s a good record; a lot of my friends loved it and obviously it won the Grammy! But I couldn’t find my way in for some reason.

I don’t think I can pick a least favorite. I think I mostly forget about things I don’t like.

Laura: I’m with Taylor on this one. If I don’t like an album I won’t listen to it enough for it to make an impression on me. And I guess the inner circle of artists I follow most closely are constantly peaking!

Laura: Christina Aguilera. Front row. Remember being amazed at how little live music was involved in the performance.

Taylor: Steven Curtis Chapman, who’s this Christian rock guy. I was probably 5 or 6. I grew up in Georgia, so.

Taylor: And the Kids.

Laura: Oooh, in my mind the smaller the better. My happiest live music experiences are probably house shows that my friends have played. There was one Anaïs Mitchell show she played with Rachel Ries back when they were releasing their “Country EP” that I remember to be particularly moving. And seeing Jeff Mangum in a little church was powerful.

Taylor: I saw Joanna Newsom in this cool synagogue with her band and they played all my favorite songs. A couple times I’ve seen shows where the set list ends up being serendipitously more or less identical to my ideal. That happened with The Decemberists for me too.

I’m glad Neutral Milk Hotel are touring again. Their show was remarkable because people sang along to everything and were filled with this just crazy joyful energy. It didn’t even really feel like a concert, it was this communal adventure that was sort of led by the band but didn’t necessarily belong to them. It was spiritual.

Laura: Hands down it was Ween. We had gotten there very early to be in the front, it was raining the whole time, so loud, and I had to physically fight to stay standing because so many people were trying to get closer to the stage. I can’t comment on the musicality of the night because I was too grumpy to form real musical memories.

Laura: I wish I’d been and that I had a good story to tell! I look forward to it.

Taylor: I’ve never been to Pittsburgh, but I think a friend of mine’s band might be moving there soon? Presumably because it’s awesome, so we’ll have to come visit!

Thanks to both of you. A band moving to Pittsburgh? That is cool. Tell your friend to look me up, Taylor.