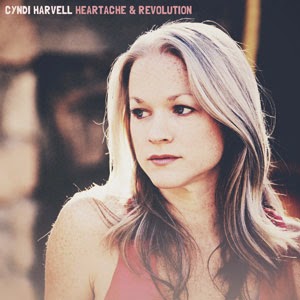 “L.A.-based (but GA-raised) artist Cyndi Harvell has released 5 albums and 2 EPs. Her music has been played on Americana radio nationally and has been on Bay Area Triple-A station KFOG’s Local Scene Compilations twice. She’s toured nationally and has had music placed in TV spots, iPhone apps and an HBO feature film. In 2012, she was chosen for the
prestigious ASCAP Lester Sill Songwriting Workshop.”

Check out Cyndi at her official Website, Facebook, Twitter, ReverbNation, BandCamp and YouTube. Her latest album. “Heartache & Revolution” was released today and I want to thank her for taking a few to participate in this edition of First/Last.

Thanks, Cyndi. Really like what I’m hearing from you. Definitely make it out to our fair city one day!