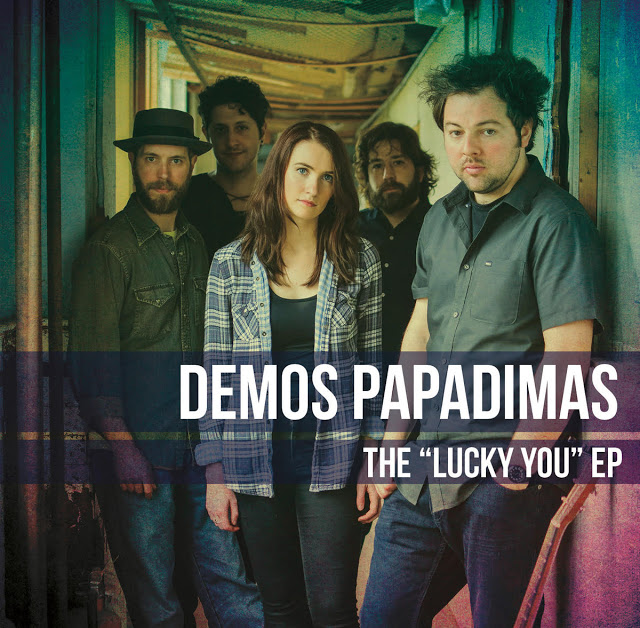 Demos Papadimas is an Americana roots rocker based out of Youngstown, OH who performs all around the tri-state area his his band on the heels of his latest fantastic release, The Lucky You EP. If you are up Sharon way, check them out this Saturday (1/27) at the Apollo Maennerchor Club. I want to thank Demos (Acoustic Guitar/Harmonica/Bouzouki/Vocals) for taking the time to participate in this edition of First/Last.

I remember that my mom bought me a Chuck Berry Greatest Hits cassette when I was very young as well as some Beach Boys. The first album I really remember wanting to buy on my own though was Green Day’s Dookie.

I’ve been disappointed by some records, but I don’t think I want to disparage anyone’s work.

Well, I definitely saw live music as a child, but the first concert I remember really wanting to go to on my own was Green Day on the “Nimrod” tour in 1997.

Bob Dylan and Paul Simon July 17, 1999 Camden, NJ at the E-Centre. I was in attendance more so for Dylan than Simon and going to this concert really represents the moment I became interested in folk music — if that’s what you want to call what Dylan does because it’s much more than just “folk” music. I suppose I should say roots music or Americana. Nevertheless, I was 14 and it was a starting point of sorts. From there, I got much more into the roots of rock and roll and later on I went further into blues, country, bluegrass, New Orleans jazz, and everything else. I remember him ending with a cover of “Not Fade Away” and right at the song’s end he slipped away, putting on a cowboy hat as he walked offstage with his band. Interestingly, 3 days later I met the Ramones at a signing they did at the Virgin Megastore in NYC for the release of The Anthology. Musically, and especially for a teenager, it was two separate worlds, but I loved them both.

Oh, I don’t know. I usually avoid concerts that I don’t want to attend. I’ve seen a lot of bands in clubs that I haven’t care much for. In terms of major concerts…

I went along with friends to a Tool concert and can’t say I was that interested. It wasn’t bad, but not in my realm of interest. Sorry to any Tool fans that might be reading this.

I lived here between 2003-2008 as a college student at the University of Pittsburgh. It’s another home for me and I feel I’ve been away for too long as it is.

Thanks, Demos. Seems like you have seen Dylan a bunch of times. What are your thoughts on his latest shows? I am hearing strongly mixed reactions. Not that I gave up on him but after a dozen or so times, I feel I got my Dylan fill.