First/Last-The Depth and the Whisper 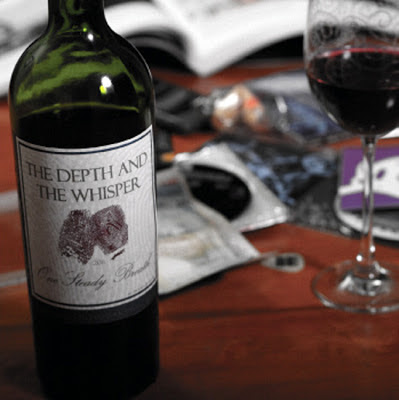 “The Depth and The Whisper is music from the heart, delivered from the soul. Songwriters Albert Bickley and Dave Tanner formed the group in late 2010 as a platform to share ideas. From there, The Depth and The Whisper blossomed into its own entity on stage and in the studio. A self-released EP in 2011, One Steady Breath, and follow-up single, Highway, released this past December, have drawn acclaim as well as steady radio play in and around the band’s home base of Kansas City. And while they call the Midwest home, The Depth and The Whisper continues to reach out, meaningfully, to stretch geographic and demographic boundaries. The band is currently embarking on its second batch of shows on the road since December, aimed at connecting with a wider audience. 2012 brought good things for The Depth and The Whisper and its members. The band helped raise money at a benefit show for Hope House, a shelter for abused women and children; their song Be Together was selected for use in a short film by artist friends at Hallmark Corp.; and drummer Kelsey Cook made the finals at the New Orleans store drum-off hosted by Guitar Center.”

Check out the band at their official Website, Facebook, BandCamp, Twitter and YouTube. The Kansas City indie rock band stops in Pittsburgh tonight at Howler’s on a bill with southern rockers Homemade Wine. My thanks to Albert Bickley (Guitar/Vocals), Dave Tanner (Bass/Guitar/Vocals) and Kelsey Cook (Drums) for taking a few minutes to participate in this edition of First/Last.

Thanks a lot, guys and gal. First time in our city? Hopefully you have some time to explore. Knowing what I know from touring, probably not.