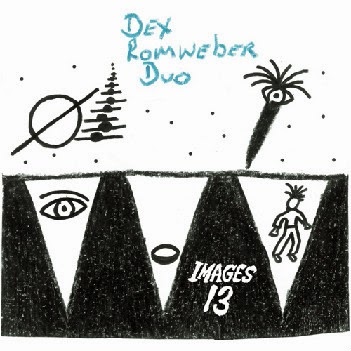 “Dex Romweber is nothing less than an icon of the American music underground. Pioneering the template for the stripped to-the-essentials guitar/drums duo format in the (should be) world famous psycho-surf-rockabilly-garage-punk combo Flat Duo Jets—so often emulated, so rarely duplicated—Dex continues his resurgence with the new album Is That You In The Blue? With sister Sara on drums, the Dex Romweber Duo is a potent combo that’ll get your leg twitching with the beat and your heart racing -and sometimes breaking- with the feral excitement of music. If it don’t, you might want to consider turning in your “I Heart Rock n Roll” badge. Seriously.”

Check out the band on Facebook. In 1987 I went to see the film Athens, GA: Inside/Out. Loved the film but the highlight for me was discovering The Flat Duo Jets via the their blistering performance from the movie. Dex Romweber formed his eponymous duo in 2007 and has just released their latest album “Images 13” via Bloodshot Records. Catch them live in Pittsburgh tomorrow night at The Rex opening for Rev. Peyton’s Big Damn Band. My thanks to Dexter himself (Guitar/Vocals) for taking the time to participate in this edition of First/Last.