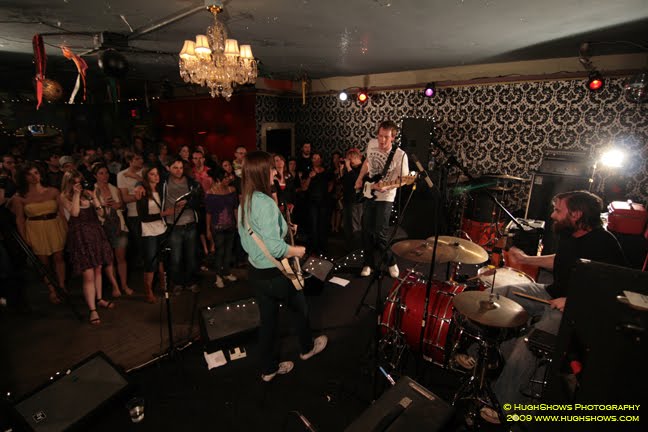 A few weeks ago I celebrated the 100th musician taking part in these little questionnaires with my favorite band CVB. Well it’s come to the actual 100th Post! and I couldn’t see a more fitting band to celebrate with than Donora. Having seen them countless times over the last several years, I have to admit I never get tired of their shows because they still put on one of the most fun concerts around. They are releasing their fantastic sophomore album tonight at the Rex and being lucky enough to hear the disc, this is one show that should not be missed. I want to thank the band for being so cool to me over the years and for taking the time to participate in this ‘Centennial’ edition of First/Last Friday.