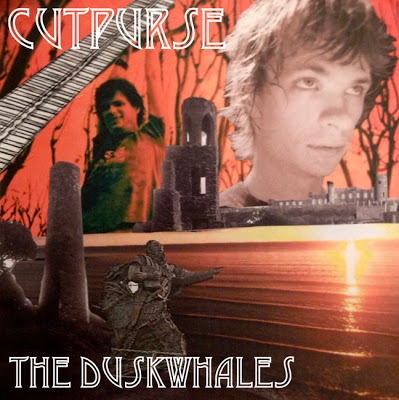 “The Duskwhales began in January 2010, comprised of school friends Seth Flynn, Chris Baker, Brian Majewksi, and Austin Mee. The band, hailing from Northern Virginia, started out playing cover songs mostly from groups like The Cure, The Pixies, Nirvana, and The Strokes. After about a year of refining their sound and getting some really solid original material together, The Duskwhales started breaking into the local music scene, playing at cafes, clubs, and band battles. Their sound became quite diverse as they are made up of four multi-instrumentalists with unique songwriting styles and a variety of musical influences. Over the years, The Duskwhales have performed at a number of local venues including YouthFest 2012 (opening for The Ready Set), Jammin Java, Empire Nightclub, Epicure Cafe, and many more. In summer of 2012, the band finally had the chance to head up to Blue Sofa Studios in Greensburg, Pennsylvania to record their debut album, Cutpurse, with RJ Dietrich. The 10-track album was recorded in 5 days and released in August 2012. The Duskwhales have plans to tour the East Coast and record their second album in summer of 2013.”

You can find the band on it’s official Website, Facebook, Bandcamp, cdbaby, Twitter, Tumblr and YouTube. My thanks to Chris Baker (Vocals/Guitar/Drums), Seth Flynn (Vocals/Guitar), Austin Mee (Bass/Drums) and Brian Majewski (Vocals/Keyboards/Drums) for taking the time to participate in this edition of First/Last.

Thanks, fellas. You got a tad of that Miles Kurosky/Beulah thing going. Make sure Pittsburgh is a stop on your upcoming tour.