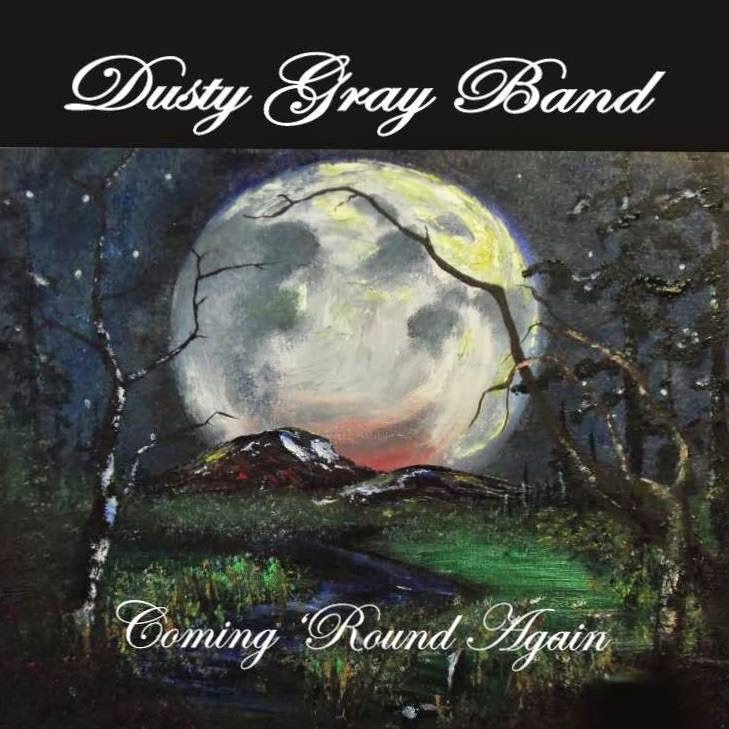 “The Dusty Gray Band is a powerhouse roots rock/country band hailing from the woods of New Hampshire. Led by Nashville songwriter Dusty Gray, the five-piece group has performed around the northeast, opening for such acts as Willie Nelson, Blues Traveler, Randy Houser, Lee Brice and others. Noted for their high-energy shows, the band was nominated for a New England Music Award in 2014, and continues to bring their soulful good ol’ rock n roll to clubs, parties and festivals around the region.”

The Dusty Gray Band is a country rock outfit from of all places, New Hampshire. Their last release was their sophomore album “Coming ‘Round Again” from 2014. As I try to figure out how to get Dusty to play Pittsburgh this July please join me in thanking him for taking the time to participate in this edition of First/Last.

I had two older brothers so the word would be inherited, I inherited way to many albums to remember.

The last thing I bought was the Zac Brown Band EP “The Grohl Session”.

Way too many. Even though this is hard, I give you my top three. Ray Lamontagne “Trouble”, Ryan Adams “Heartbreaker” and Willie Nelson “Red Headed Stranger”.

It’s hard enough to make a record, I don’t want to put anyone down.

I had a few rich friends in High School and they gave me a ticket to go see OAR. I got there and the opening band came out and shook the place, absolutely took over the stage. It was Robert Randolph and the Family Band. It made me a believer… no one follows the killer!

The band and I have been lucky enough to open for bigger acts, that makes it great to catch a show. We just opened for Charlie Daniels last summer in our home state. He puts on a great show.

Zac Brown Band is a blast to see. Every musician is so good.

If they’re bad I usually don’t remember them.

I love Pitt. Haven’t been there yet but I’m driving to Nashville in early July maybe I can hit Pittsburgh. Let’s set something up.

Thanks, Dusty. Hell yeah, man. Let us definitely hook something in Pittsburgh up. I’ll be emailing you soon.