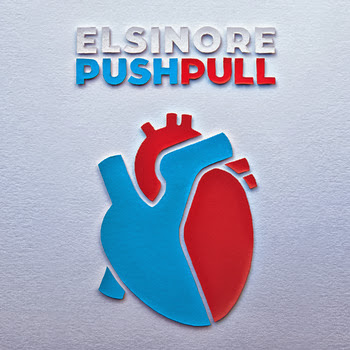 “Sparkling songcraft. Unbridled inspiration. Disciplined arrangements. PUSH/PULL, the forthcoming release from Champaign-Urbana, IL indie stalwarts Elsinore is a creative triumph by a band that cannot be discouraged. What’s their secret? Elsinore’s sunny secret is that they are part pop quartet, part lemonade stand. When life as a band, bootstrapping themselves out of the Midwestern mud into the limelight, gives them lemons, they make lemonade. Cool, cool, sweet lemonade.”

Check out the band at their official Website, Facebook, Twitter, Instagram, YouTube, BandCamp and SoundCloud. As part of my continuing coverage of the Paste 50 States Project, I head out to Illinios with Elsinore. Coincidentally, the indie band’s latest release, “Push/Pull” drops today via Parasol Records and I really want to thank the group’s songwriter Ryan Goff (Guitar/Vocals) for taking a few to participate in this edition of First/Last.