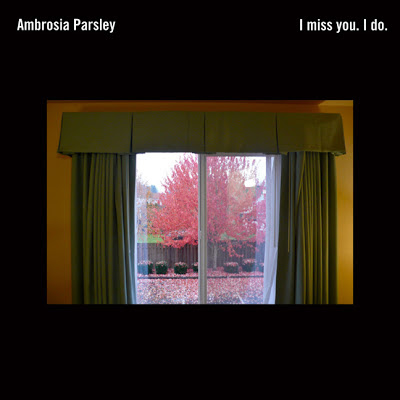 “After most of a decade hiding since her 4th and final Shivaree LP, Ambrosia Parsley returns with I miss you. I do. The 5-song EP provides a glimpse of her coming solo debut, Weeping Cherry, due later this year. Nearly titled Four Funerals and a Wedding, Parsley explains that the record is warmly inhabited by “a bunch of beautiful ghosts and two young lives at their freshest.” Also, check out Ambrosia in the soundtrack for Oscar contender Silver Linings Playbook, and stay tuned for news on the coming LP and video.”

You can find Ambrosia at her official Website, MySpace, Twitter, Facebook and Pledge Music. I am a huge fan of her former band Shivaree and was extremely excited to get a press release stating she has just completed an EP and is working on a full-length album. Hopefully, a tour is in the works. My sincere thanks to Ambrosia for taking a few to participate in this edition of First/Last. 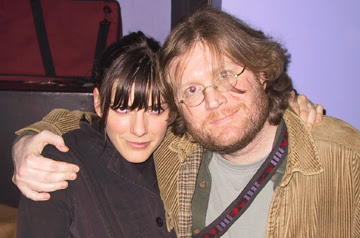 The Rolling Stones, “Beggars Banquet”. I bought it with my lemonade stand money after my Dad took my twin brother and I to see “Apocalypse Now”. We were eight. I was disgusted/fascinated with the drawing of the naked lady in the bathroom stall artwork and vowed to never ever grow up. The first of about a million broken vows.

Angela McCluskey’s “Lambeth Palace”. Full disclosure: she’s one of my best girls and very sweetly had me write a song with her for it, but she’s a natural wonder. Have a listen and tell me I’m wrong.

Wow….I could never really answer that. Could you? I did birth my son to Miles Davis’ “In a Silent Way”. That’s something.

My dad took me to see an Iron Butterfly reunion in a park when I was four. Yeah…..I know.

The Annie Clark-David Byrne experience. Wow. They are fancy.

Oh, there have been many sad nights where I was crushed up against a wall in a room with shitty sound, drinking skanky merlot while needing to pee desperately. Why are you dredging this up? I feel sad now.

Pittsburgh’s A-OK in my book. Hope to see you soon.

Thanks, Ambrosia. So thrilled you are back! Hope to see you again soon as well.