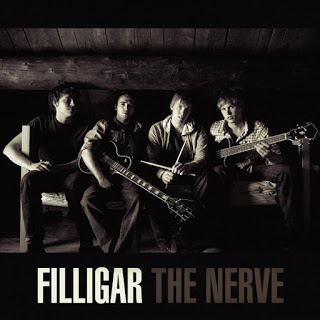 “Hailed as “one of the best young bands in America,” Filligar is the rock n’ roll quartet comprised of the three Mathias brothers—Johnny, Pete, and Teddy—and their lifelong friend Casey Gibson. They’ve headlined sold out shows at the nation’s most acclaimed venues, toured the United Kingdom to wildly enthusiastic audiences, and recently supported both The Black Keys and My Morning Jacket. Their record The Nerve was nominated Best Rock Album at this year’s Independent Music Awards and the powerhouse music blog RSL has named Filligar one of the top 8 live acts in the USA, along with fellow Windy City band Wilco.”

The band hits up Pittsburgh this Monday night at the Hard Rock on a bill with Josie McQueen and Motometer. My thanks to Singer/Guitarist/Brother Johnny Mathius for taking the time to aprticipate in this edition of First/Last.

Thanks, Johnny. Seriously, “Now 5”? That was probably the best of the series…I keed, I keed!