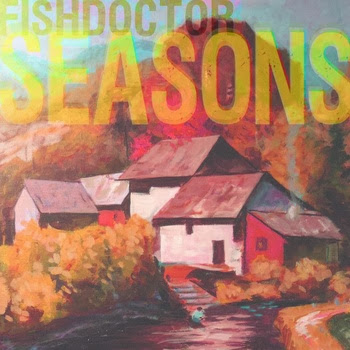 “FISHDOCTOR is a band that evolved from a Greenpoint, Brooklyn bedroom studio project, into a whimsical group of musical prodigies. Using an array of sounds, their songs contain elements of surf, synth and alternative rock with heavy bass/drum driven anthems. Currently, FISHDOCTOR is touring the lower east side circuit in NYC and gaining popularity among fans and blogs. With one EP under their belt, they are in the process of releasing a full blown studio album.”

Check out the band on Facebook, YouTube and BandCamp. The Brooklyn-based ‘surf rockers’ have recently released the single ‘Seasons‘ whilst toiling away on new music. I want to thank Michael Romano (Guitar/Vocals) and Jared Lindbloom (Keys/Vocals) for sharing the the duties on this edition of First/Last.