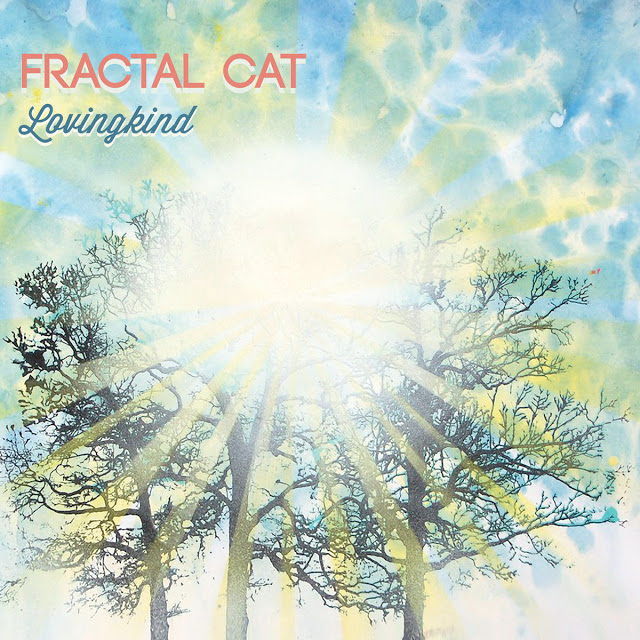 Fractal Cat is a p ‘hyperspace pop and cosmic rock and roll’ band from Baltimore, MD who’s latest album “Lovingkind” “represents a leap forward in songwriting and production, blending elements of folk-rock and electronica with the band’s positive, playful lyrics.” I want to thank songwriter Miles Gannett (Guitar/Vocals) for taking the time to participate in this edition of First/Last.

Hmm. The first album I remember going into a store to buy was The Beatles “Sgt. Pepper’s Lonely Hearts Club Band”. I bought it on cassette back in the days when there would be that big plastic security thing attached to all the cassettes in the store. Although I know I had other tapes I listened to prior to that. The ‘La Bamba’ and ‘The Buddy Holly Story’ soundtracks were both pretty big for me as a kid.

Probably “Sgt. Pepper”. That’s so difficult though. The Beatles’ albums from “Revolver” through “Magical Mystery Tour” are the most important to me. Also Pink Floyd’s “Piper at the Gates of Dawn”. But there are so many albums that rank amongst my favorites, it’s hard to choose just one.

I wouldn’t say I have a least favorite. I’ve been disappointed by artists occasionally when I’ve loved their previous output but couldn’t relate to subsequent releases. I guess that’s normal though.

Primus with the Meat Puppets, circa 1994.

Another hard one! I really enjoyed Radiohead in the early 2000’s at Merriweather Post Pavilion. They were super tight, they had an excellent choreographed light show, and they brought out a different weird keyboard instrument for almost every song. There was also a Psychic TV show where I got to be on the video crew and hang out on the side of the stage. That was a pretty special moment for me.

Um, as an impressionable teenager I went along to a Sex Pistols reunion stadium concert. That might be it.

Actually, I’ve never been to Pittsburgh! I hope to remedy that soon by bringing Fractal Cat up there to perform!

Thanks, Miles. Would love for you to come to Pittsburgh. Let me know if this is something that is happening.