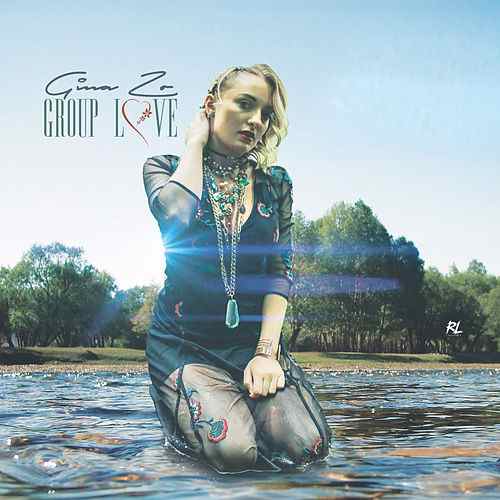 “Gina Castanzo, who goes by her stage name, Gina Zo, is a singer-songwriter from West Chester, Pennsylvania. Gina competed on Season 10 of the NBC’s singing competition The Voice, performing on Blake Shelton’s team. “

Gina Zo is an indie pop singer-songwriter from Philadelphia who recently filmed the video to her single “Grouplove” right here in Pittsburgh. The song is the lead off track off her sophomore album Free Your Soul released last year. I want to thank Gina for taking the time to participate in this edition of First/Last.

Stevie Nicks, The Wild Heart. That is also my earliest memory with music: dancing in the basement of my grandparents’ home while my grandmother used a flashlight to pretend it was a strobe light while I danced around the basement to “Wild Heart”.

Zella Day’s Kicker album. The last album I downloaded which is my general form of getting my music these days was Allan Rayman’s Courtney EP. He is my favorite mix of R&B and Nirvana.

John Mayer’s The Search for Everything. John Mayer’s lyrics in any of his albums resemble the truest feelings of the human heart. He holds the words that you always wanted to say but could never get out. Specifically his song “You’re Live Forever In Me” is stunningly brilliant in it’s simplicity.

I honestly do not have a least favorite album. I seem to always find a song I like on every album I listen to, no matter what genre. I believe that every album was written with an honesty and a purpose and with that should be able to be given respect for the words written.

I was 10 and saw the Hannah Montana: Best of Both Worlds Tour. I remember she had a body double for her Hannah Montana character and then came out as Miley Cyrus and I was literally shocked… definitely an amazing concert and I was totally that screaming fan in the nose bleed seats.

Coldplay. You cannot get much better than Coldplay for a concert. They packed Lincoln Financial Field. The pyrotechnics and graphics were absolutely incredible. When they played “Yellow” I was in tears.

Florence and The Machine. The way she can command an audience is absolutely incredible. I was third row to that show and I just could not contain myself. Florence Welch literally runs and dances around the stage. I remember she went into the audience and was talking this adorable girl with red hair and I was just so moved by the experience. Definitely the best show I have seen, besides of course, Stevie Nicks.

Again with the least favorite album question, I do not have a least favorite concert. There is always a reason to dance and sing at any concert you go to. That is why I love music festivals so much… they are generally outdoor in the sun and people are just enjoying everything about the atmosphere. Definitely my favorite place to be.

My brother has lived in Pittsburgh since he was 18 when he attended Duquesne University. I have always felt a connection to that city, I think because it holds such an important person in my life. My brother and I decided to film the video out in Pittsburgh and he came up with the idea to shoot it in an abandoned building on the south side. We shot it over two days in the August sun. I think this song can resonate with most 20-somethings in this city. Grouplove is essentially about any time you have messed up in your life and just wanted so bad to fix it. It is that dream of what you wished would happen. I think
that is the beautiful most beautiful thing about life: letting the universe decide for you where you are going and appreciating the beauty in that.

Thanks, Gina. Love that you have that Pittsburgh connection. Let me know next time you come here to perform!