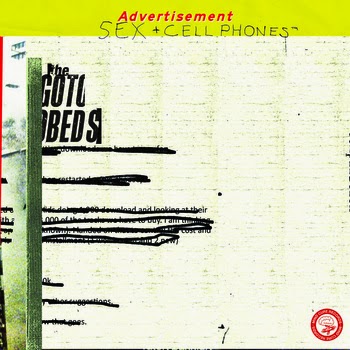 “Musically, The Gotobeds fit under a kind of catch-all slacker indie-punk umbrella. Early Pavement is one of the most obvious comparisons — the bands share the same kind of defiant looseness — but the group also recalls the freneticism of The Gun Club, the slipshod orderliness of Gang of Four, the brattiness of The Buzzcocks and the punk minimalism of Wire.” – Margaret Welsh (Pittsburgh City Paper)

Check out the band on Facebook, BandCamp and SoundCloud. The Pittsburgh punk quintet are fresh off a SXSW jaunt promoting their latest 7″ “New York’s Alright (If You Like Sex & Phones)” and I want to thank Eli ‘Hazy Lazer’ Kasan (Guitar/Vocals) for taking the time to participate in this edition of First/Last.

Thanks, Eli. Are you referring to the Elliott Smith CMU Halloween gig? Man, talk about a concert I wish I was able to see.