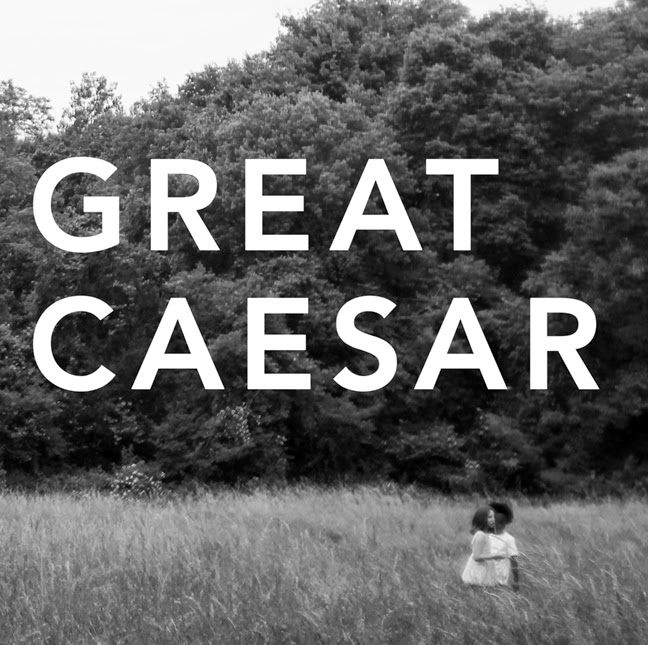 “Great Caesar first formed as a trio out of Madison, Connecticut, where the original three members, Farrell included, went to school. They released their self-titled EP in 2007 with a subsequent string of singles throughout 2010. Over time, they grew to the self-proclaimed “sextet” that they are today, blasting truly original tunes that are as tenacious as they are musically unclassifiable. “We threw the term “chamber rock” around for a while,” says Farrell, “but I’m not sure it’s ever stuck…. I usually just say we’re a six-piece rock band with a brass section.” – Groove Magazine

Check out the band at their official Website, Facebook, Twitter, Instagram and BandCamp. The ‘chamber-rock’ Brooklyn band recently released the catchy “Great Caesar EP” and will play it tomorrow night in Pittsburgh at The Pittsburgh Winery. If you have never been there, this is the perfect opportunity as local fave Greg Dutton opens the show. I want to thank songwriter John-Michael Parker (Guitar/Piano/Vocals) for taking the time to participate in this edition of First/Last.

Blink 182, “Enema of the State”. Bought it at Merle’s Record Rack in Guilford, CT with my own money! Shortly followed by Sisqo and Eminem.

I haven’t bought an album in a while, but the most recent single I bought on iTunes was ‘Clouds’ by Zach Sobiech.

The Beatles, “Abbey Road”. But the truth is that it was “The Beatles 1” that got me to sit down and figure out ‘Let It Be’ on the piano, which is what got me writing songs.

This is a hard question! I don’t really want to write off an entire album by anyone, but I will go ahead and say that when I was listening to Bon Iver’s “Bon Iver” — which I quite liked, overall — I got legitimately angry when I heard ‘Beth/Rest’. I hated it. Still do, more or less. Also, I have a pretty negative response when I hear Charles Bradley’s ‘No Time for Dreaming’, but that’s way less about the music and more about the extremely thin walls of the apartment I used to live in. I guess the music was good for some things…

Santana at The Meadows in Hartford, CT. Macy Gray opened, I was in sixth grade and my mom took me and some friends, and it was the first time I knew what weed smelled like.

Seeing Brand New at the Webster Theater in CT when I was in high school was pretty amazing (I had just gotten my wisdom teeth out and ended up with dry sockets — maybe the most painful thing I’ve ever experienced — but I still think it was worth it.) I recently watched Jon Batiste and Stay Human play at Rockwood Music Hall, which was transformative in so many ways (they are such incredible performers and showmen). I think the answer, though, is Lianne La Havas playing at Music Hall of Williamsburg. She is just magic. That night I emailed her manager and insisted that she sing on our new record with us. No response, of course. But one day… (You heard it here first, LLH!)

In high school I went to a Bruce Springsteen concert with my dad and fell asleep (is it sacrilegious to admit that?), so I guess I didn’t like that so much. I saw Aloe Blacc play at SXSW this year and was pretty underwhelmed, but maybe I was just jealous… I, of course, think my band is the best band with horns ever.

All I can say is that one of my best friends in the world, Phoebe Myhrum, is from Pittsburgh. And I’ve always heard her do the Pittsburghese impression where she says “yunz”, and I really can’t wait to hear people say that for real. From Great Caesar saxophonist, Stephen Chen, who was recently in Pittsburgh: “On a recent visit to PGH, I had a fantastic time tumbling down Main St. towards Belvedere’s for some late night karaoke, only to have to suffer the long walk back uphill at 2 in the morning. Pittsburgh’s bridges are really beautiful, and I also had the pleasure of walking underneath them late one night as the river just began thawing from the winter. I did almost fall in a couple times since there are no railings!”

Thanks, John-Michael. Couldn’t have picked a better place (or opener!) for tomorrow’s gig. Should be a very cool evening.