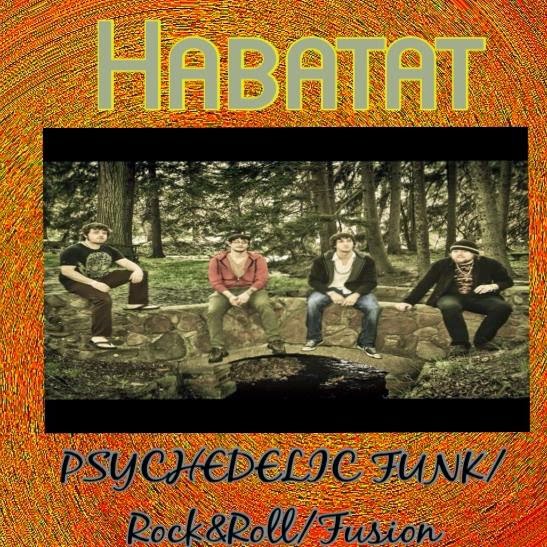 “From the 4 corner square of musicians, the balance is set and ready to take affect. Habatat acquires the Rock, gritty, soul blues that every someone deep inside wants to hear,. but for those with an open ear and a taste for the smooth, funk, we have got that too.. our diversity of genre has gone limitless at our rare age and style that ranges separately from each member. love for music is strong, strong is a high term for the strive of our goal. we hope to see ourselves in the future still finding foundation for our styles til there’s no ladder to reach it.”

Habatat is n experimental funk/jam rock band from Pittsburgh, PA. They play a ton of shows in the area including one tomorrow night (3/24) at Howlers with Genome and Memphis Hill. I want to thank Ryan Woods (Guitar/Vocals), Kris Lupher (Bass/Percussion). Benny Irons (Drums) and Cory ‘Gweedo’ Mickinik (Guitar) for taking the time to participate in this edition of First/Last.

Ryan Woods: My father gave me an old cassette tape when I was in high school, it was “Led Zeppelin 3”. I have always been a fan since then.

Thanks, guys. I have to say, I really appreciate that you are carrying the torch for performing original ‘jamz’ in the area. I wish there were more bands around doing that.