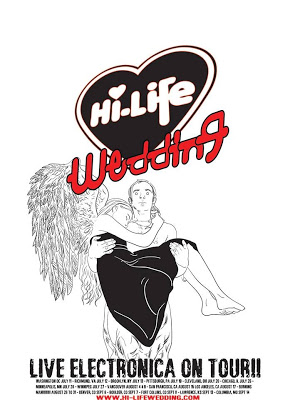 “Hi-Life Wedding believe that music is a tool to help us break from the grinds of control. We believe music can be used to help ourselves and others feel something. This is a statement from two people to say that we are alive, we can think, act and feel for ourselves.”

Check out the band at their official Website, Facebook and MySpace. The duo is a self-described ‘mac-free all live electronic grunge-pop’ group and I want to thank Davos Broman (Keys/MPC/Vocals) and Kate Boehms (Bass/Vocals) for taking a few minutes to participate in this edition of First/Last.