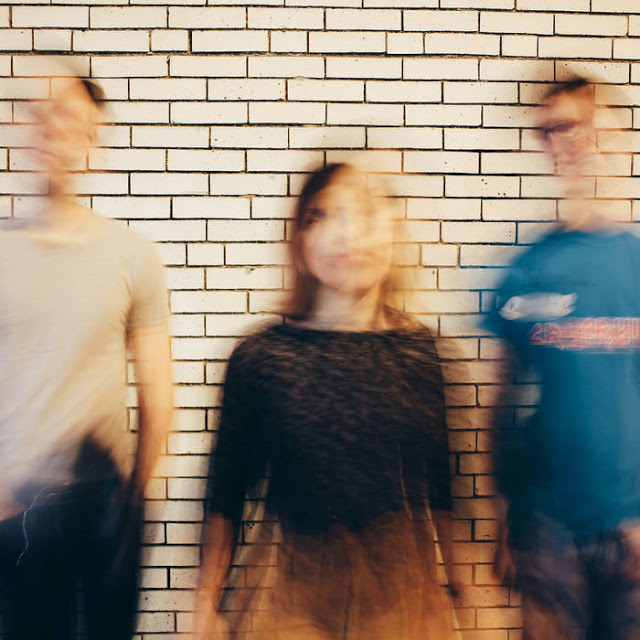 honey prism is a brand new dream pop trio from Pittsburgh who just recently formed and have started playing out live around town. They have two songs up on their BandCamp page and are expected to release more soon. I want to thank Jeanean Naqvi (Synth/Vocals) for taking the time to participate in this edition of First/Last.

Blonde by Frank Ocean. But actually it was probably my boyfriend’s band’s album, People Are Places by Gardeners Logic (CA-based). Tee-hee.

This is the hardest question of all time!!! I’m going to say Carrie & Lowell by Sufjan Stevens.

I’ve loved many albums over the years, but I don’t think I’ve listened to any other album as often. I’ve probably listened to it at least every couple weeks for the past two years. It’s possible that I am slightly masochistic, idk not sure tho.

Hmmm, I don’t think I can answer this one. Whenever I’m meh about an album, I just assume that there’s something I don’t get about it. Except I am pretty disappointed with Nicki Minaj. Remember how boss she was on “Monster”? She was the female emcee sent to deliver us from a world post-Missy Elliott, but I felt like she never came through for us. C’mon, Nicki.

Hahahahhaha, it was Death Grips. Any artist I don’t really get, I try to see live – I think it makes a big difference. And it was super fun!! Before that, Wye Oak, which was just amazing. Major girl crush.

Little Dragon. I just stood there and stared at Yukimi and cried a little bit when they did “Twice”. My friend made fun of me for it for a while.

I’m definitely a huge fan of David Bazan (fka Pedro the Lion); I’ve seen him a few times so far. But the last time I saw him was the worst, and it wasn’t his fault – I try to say hi and thanks for the show every time I see him but the last time I like forgot how to talk and started stuttering and he clearly did not want to talk because he was just trying to get home from his gig and I felt like the biggest idiot I have ever been in my life!!! That happened a YEAR ago and I’m still so embarrassed that I can hardly listen to his music. He’s coming to Pittsburgh in August though, maybe I can redeem himself…

I honestly love it here. I moved here less than a year ago and have already met some really cool people (including the cool dudes in Honey Prism!!) so I have to say, Pittsburgh, you’re lookin’ pretty good to me.

Thanks, Jeanean. Welcome to Pittsburgh! Your Bazan story is kind of funny. I have met many, many musicians and don’t think I ever got tongue-tied but I remember interacting with Jeff Mangum of Neutral Milk Hotel and the dude next to me was literally speechless. He just stared at Mangum and it was gloriously awkward!