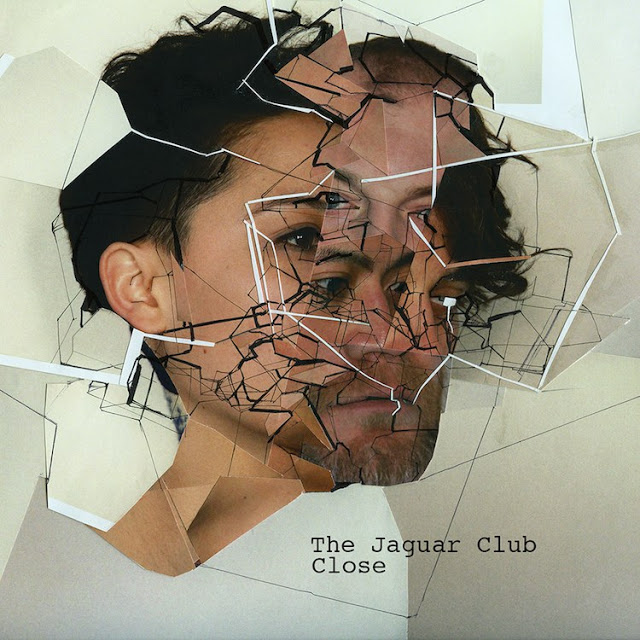 “A refined sound requires a refined lineup, and The Jaguar Club’s ranks have recently swelled and changed with original members William Popadic and Yoichiro Fujita remaining at the core. The new lineup is rounded out by Nadia Brittingham, from ‘Medals’, drummer Patrick Eager, and Gavin Dunaway, who toured as an auxiliary guitarist with the original recipe Jaguar Club. Close was inspired by a return to the idea of a band being “a band.” Someone writes a song and then the group completely re-molds it fighting to fit their best ideas in. Hoping to catch the rehearsal room magic the EP came together over a week in a DUMBO Brooklyn studio under the guidance of Nick Stumpf (French Kicks, Caveman, etc). Tracked largely live in the studio with minimal overdubs, the result -as hoped – resembles a more lush version of the band’s live show.”

The Jaguar Club is an indie rock band from Brooklyn who recently self released their latest album “Close“. As they tour to support it, they stop in Pittsburgh this Friday (8/14) for a show at Howler’s with local chamber popsters Anello and electro-dance wavers from D.C. Incredible Change. I want to thank Will Popadic (Guitar/Vocals) for taking the time to participate in this edition of First/Last.

This is only half embarrassing… I bought Bryan Adams “Waking Up The Neighbors” and ‘”Out Of Time” by REM on the same day. Only one of those is still on my shelf. My level of REM fandom has waxed and waned over the years, but I never get tired of hearing Peter Buck play guitar (or mandolin) and love his deceptively simple style and tone.

Physically, I think it was the new Elvis Perkins “I Aubade” on LP. MP3-wise, it was perhaps the new Blur album “The Magic Whip”. I’ve largely settled into a trying it on Spotify and eventually buying the vinyl if I get into it enough routine.

A tough one… I suppose, in the sense that I first heard it 20 years ago and have never gotten tired of it and can still find new things to appreciate, I’d have to say “The Queen Is Dead” by the Smiths. Great atmosphere, guitar playing and lyrics. Though, I don’t know for sure of that’s The One. My short list would also include Neil Young’s “Harvest”, Efterklang’s “Magic Chairs”, Idlewild’s “100 Broken Windows”, “Mind Bokeh” by Bibio, “The Decline of” by British Sea Power… Etc etc etc.

That green Weezer album, and everything that came after it (at least what I actually heard) was a little heartbreaking.

I believe the first legitimate show I went to was (The London) Suede at The Paradise in Boston, with Longpigs opening. was 16 and It was 18+ so there were some mild shenanigans involved. I went with my sister who was a key source of new music for me when I was younger. I think before that I had been to a couple of big outdoor radio station festival type things, and possibly the H.O.R.D.E Tour with Neil Young & Crazy Horse headlining. But Suede at The Paradise was definitely the first club show. Still my favorite venue in the world and the top of my list of dream spots of play.

Headed to Newport Folk Festival in a few days, but the actual last thing was Blur at Hyde Park in London. Which was insane.

I’d say seeing Idlewild at the Middle East in Cambridge in 2001 is up there. I’ve seen them many times since, but that was the first. I was obsessed with “100 Broken Windows” at the time and remember having a conversation with the girl I went with about how we were both missing that sense of excitement right before a band you love comes on stage. Maybe we’d been seeing too many shows we were only mildly interested in. But for Idlewild I was really pumped up, and their set was perfect and surprisingly short. It wasn’t long after that I dropped out of college (I eventually went back and finished kids!) to pursue being in a band more intensely.

Honorable mention to Mum touring their first album and playing at a tiny bar in summer like MA, that I think has long since closed. Amazing understated show. Probably right around the same time as that Idlewild show actually. Extra special honorable mention to The Verve in 1997 when Nick McCabe pretended to give my friend and I his Les Paul gold top as he left the stage.

In general I don’t like big outdoor shows or festivals too much, due to sound issues and a somewhat less-invested crowd. Nothing really specific, just that none of those are on my list of favorites.

We’ve played in town three times before, but it’s been a few years so I’m really excited to come back. I love the drive form NYC! That beautiful straight shot… And with excellent rest stops. We try to do touristy stuff if there’s time when we tour so maybe we’ll hit a new museum this time. On our last visit our drummer guided us to some sort of famous local sandwich I can’t remember the name of but It was intensely meaty so I had vegetable soup. The others loved it though. On our first visit (when we were still a trio) Yoi (bass) and I abused our not-designated-driver-tonight privilege to split a bottle of van rum while waiting to load out. Antics ensued.

Thanks, Will. If I’m going to give museum recommendations, first on my list is the Andy Warhol Museum. Check it out for sure.