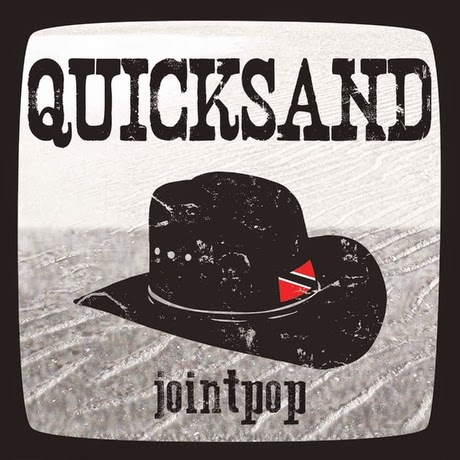 “Formed by lead singer song/writer Gary Hector in 1996 out of the debris of his old group Oddfellows Local– the seminal Caribbean rock n roll band of the 90s — jointpop was an evolutionary leap in the musical experimentation of Hector’s sound. Formed with some of the most sensitive musicians of T&T’s underground circuit and marshaled by Hector’s brilliant piercing social commentary rock and roll songs, the band quickly became the benchmark of the brilliant local alternative music scene with music and songs that had a ready international appeal without sacrificing any of its local relevance. The secret is the fact that Gary Hector is one of the greatest songwriters that the Caribbean has produced, and is one of its best kept secrets. Apart from this, Hector has always shown a very un-Trinidadian penchant for recording albums. The testament is a collection of six albums which constitute the best produced discography of any Trinidad and Tobago act of the last 20 years.”

Jointpop is an indie post-punk rock band from Port of Spain, Trinidad and Tobago. The band’s latest album is “Quicksand” produced by none other than Paul Kimble. Any reader familiar with this blog knows my affinity to Grant Lee Buffalo and but might not know that Mr. Kimble was the bassist and producer for the band’s first three albums. Go check this band out as I thank Gary Hector (Guitar/Vocals) for taking the time to participate in this edition of First/Last.

“London Calling” by The Clash.

Well I did not buy it… but many like that.

Not much concerts in Trinidad and Tobago… but The Fixx and The Flock of Seagulls (1982).

Only once drove through Pittsburgh on the way to New York for a Manchester United versus AC Milan football match.

Thanks, Gary. I admit I had to look up where Port of Spain is. According to Paul you basically made this record by yourselves by carting equipment into the middle of the ‘freaking jungle’? So rad, man. You made a damn fine piece of music there.