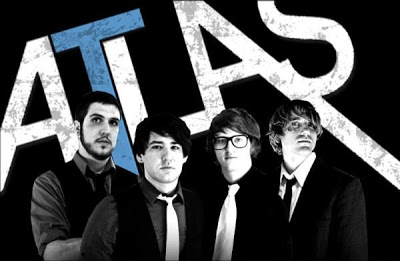 Photo courtesy the band’s myspace. Jon plays keyboards in The Chad Sipes Stereo. He has another band in Pittsburgh called ATLAS and he just sent me a tune called ‘At The Water’s Edge‘ from their debut EP, which arrives in October. Along with his buddy and fellow band member Mike, they were cool enough to participate in this, the finale of our week-long extravaganza known as First/Last.

Thanks guys. I see we have a couple of Radiohead fans in the band. Nice. Let me know when the EP drops.