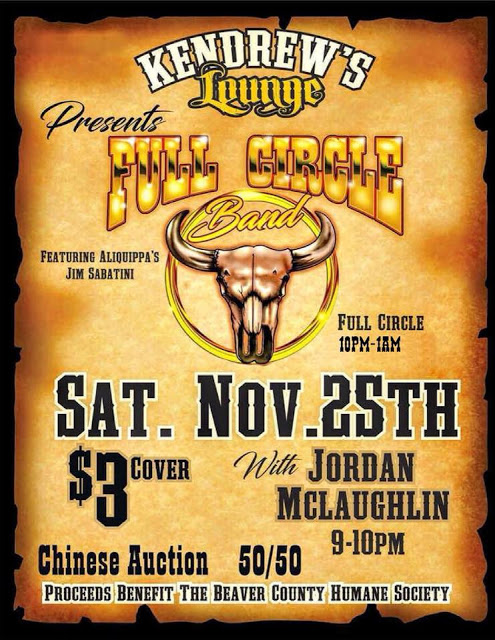 “A voice with a smidge of grit marks the sound of Jordan McLaughlin. His country tunes fuse with an alternative sound onto full-band songs, while the solo music he performs maintains an intimate folk feel.” – Pittsburgh City Paper

Jordan McLaughlin is a local songwriter who recently was named BestAlt-Folk/Alt-Country Band by the readers of the Pittsburgh City Paper. He often plays out around and you can catch him this Saturday (11/25) supporting Full Circle Band at Kendrew’s Lounge in Aliquippa. I want to thank Jordan for taking the time to participate in this edition of First/Last.

I opened for a band called The Steel Woods and bought their album, Straw in the Wind, before leaving the gig.

Further Seems Forever’s How to Start a Fire. Growing up, Jason Gleason’s vocals on this album were a huge inspiration of mine.

The Bouncing Souls and Tsunami Bomb!

Matthew Mayfield, a songwriter from Birmingham, AL. My first ever solo gig was an opening spot for his show a few years back. I haven’t missed him in Pittsburgh since.

Further Seems Forever at the Theatre of Living Arts in Philadelphia. Bought a ticket, drove there alone, and stood so close to the stage that I could touch the band.

John Mayer at Post Gazette Pavilion after he released his album Born and Raised. It just wasn’t the John Mayer that I listened to and loved.

Between the festivals and other outlets for exposure, I think Pittsburgh has an up and coming music scene that is going to begin to attract people from outside the city to experience it, and I’m excited for my opportunities to be a part of that growth.

Thanks, Jordan. Love that Further Seems Forever commitment. I cannot recall ever going out of town alone to see a band like that. I’ve done many with other people but that is something I should definitely do sometime.