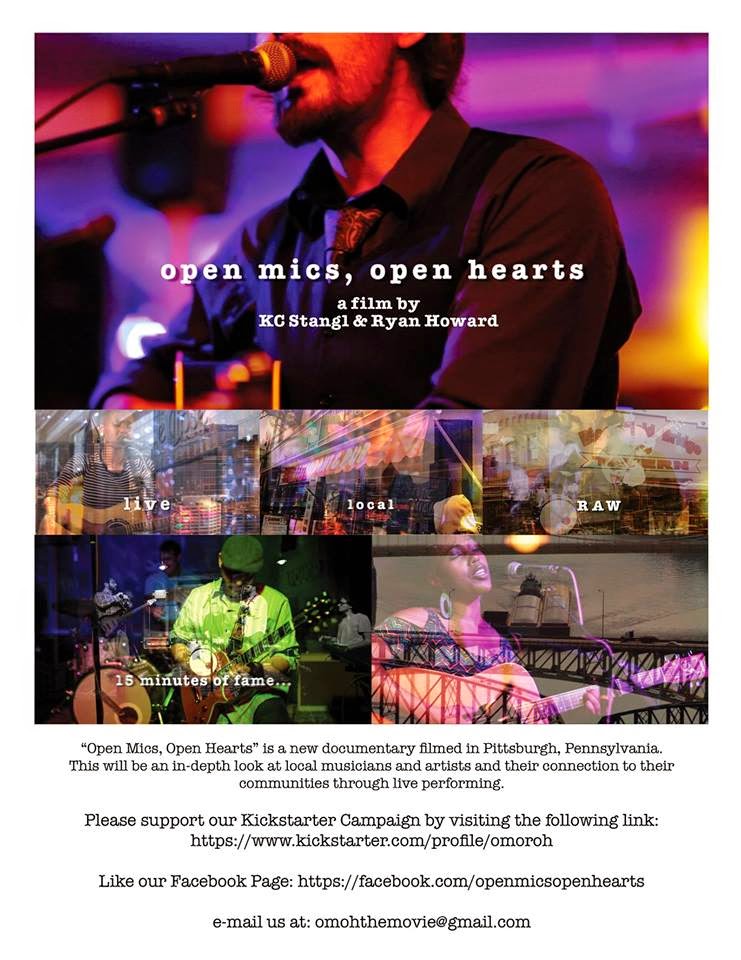 KC Stangl is a Pittsburgh musician who begins a Kickstarter campaign today to raise funds to produce a movie dedicated to documenting the flourishing open mic scene in Pittsburgh. Appropriately titled ‘Open Mics, Open Hearts‘, the trailer features some of my favorite songwriters around including Morgan Erina, Chet Vincent and Jasmine Tate. Help support Pittsburgh music as I thank KC for taking the time to participate in this edition of First/Last.

Pittsburgh was a totally unknown city to me when I moved here, and I soon discovered a wealth of music. I moved here for love at the end of 2012, and my partner, (now wife), took me to see Joe Grushecky at the Altar Bar in the first month, and it was fantastic! While I spend most of my entertainment time attending local open mics, (which, to me, is like going to a concert, only smaller) we spent last summer hitting every concert in the park we could find (First Fridays at Frick, Reservoir of Jazz, etc.). While I missed it this year, last year’s R.A.N.T. in Lawrenceville was a blast. It’s a beautiful city, which I didn’t expect, and the people are so nice, so in my 18+ months here, I am very happy to call it home, except during polar vortexes.

Thanks, Kevin. So excited to see others document the amazing scene we have going on here now. I really do hope this materializes!