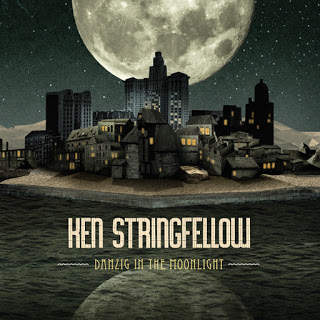 “Ken Stringfellow – musician, songwriter, producer, arranger – has been part of the indie landscape since the debut of his acclaimed band The Posies in 1988. Hailing from the musical hotbed of Seattle at the time when that music scene exploded into national prominence, The Posies went on to sign with Geffen Records and released brilliant, successful albums such as 1993’s legendary “Frosting on the Beater”. The band is still active today, having released their seventh album, “Blood/Candy” in 2010…an album heaped with critical praise in the UK press…The Word magazine devoted two pages to a review which called it “a finely calibrated….dazzling tapestry…just stupidly good”.

Check out Ken at his official Website, Facebook, and Twitter. He is stopping in Pittsburgh tonight on a rare U.S. solo tour in support of his latest album, “Danzig in the Moonlight” via Spark and Shine, with support from locals Will Simmons & The Upholsterers and Karl Hendricks. My thanks to Ken for taking the time to participate in this edition of First/Last.

Thanks, Ken. Word is that local gals Emily Rodgers and Megan Williams will be joining in on a few numbers tonight? Very cool.